Acucela gets EMA approval for Emixustat to treat Stargardt disease

Upon receiving the orphan designation, the sponsor will qualify for multiple development incentives 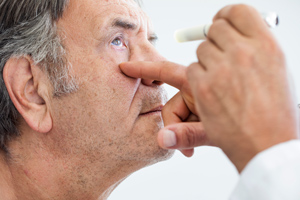 Acucela Inc. (“Acucela”), a clinical-stage ophthalmology company and wholly-owned subsidiary of Kubota Pharmaceutical Holdings Co., Ltd. (Tokyo 4596), recently announced that the European Medicines Agency (EMA) granted orphan designation to Acucela’s leading drug candidate emixustat hydrochloride (“emixustat”) for the treatment of Stargardt disease. The orphan designation does not apply to other indications for which emixustat are being developed.

Stargardt disease is a rare, genetically inherited disease that directly affects the retina of the eye, often resulting in the slow progression of vision loss in children. It may also be referred to as Stargardt macular dystrophy or juvenile macular degeneration and affects approximately 1 in 8,000 - 10,000 individuals worldwide.

To receive an orphan designation from the EMA, the medicine has to be developed for the diagnosis, prevention or treatment of a life-threatening or chronically debilitating condition that affects no more than five in 10,000 within the European Union. Upon receiving the orphan designation, the sponsor will qualify for multiple development incentives which include ten years of market exclusivity after product approval, fee reductions of regulatory activities, access to the centralized marketing authorization procedure, and protocol assistance that provides scientific advice for the orphan designated medicines.

In January 2017, Acucela also received orphan drug designation for emixustat for the treatment of Stargardt disease by FDA (U.S. Food and Drug Administration).