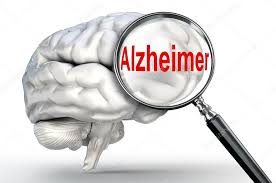 Rykindo® (LY03004), Luye Pharma's innovative, independently developed Extended-Release Microspheres formulation for injection, is one step closer to going on the U.S. market. The US Food and Drug Administration (FDA) has completed the filing review and accepted the filing of Rykindo®'s new drug application (NDA).

Rykindo® is the first innovative formulation from China to have an NDA accepted by the FDA. This also indicates that China's first independently-developed microsphere products will be able to enter the U.S. market in the near future. Meanwhile, Rykindo®'s registration process in Europe and emerging markets is making good progress. The news once again demonstrates that Luye Pharma has reached an advanced international standard in the research of novel drug delivery technologies, such as microspheres; it also highlights the success of the company's strategy, to achieve globalized development through long-term, in-depth product pipeline planning.

Rykindo®'s dosage strengths intended for market are 12.5 mg, 25 mg, 37.5 mg, and 50 mg of risperidone per vial. The drug is administered once every two weeks by intramuscular injection to treat schizophrenia and bi-polar disorder.

In addition, Rykindo® has several advantages over the reference drug. One example is there is no need to administer an oral formulation for three weeks after the first injection of Rykindo®, unlike with the reference drug. Another example would be the shorter time required for steady plasma drug levels to be achieved by Rykindo®, when compared to the reference product.

The global number of patients in the central nervous system (CNS) therapeutic area, where Rykindo® is applied, is extremely large. Luye Pharma initiated a strategy of long-term planning for this area more than a decade ago, with the company's strategic approach to this treatment area setting the tone for the next stage of its business growth. In addition to Rykindo®, Luye Pharma has a number of other pipeline candidates at home and abroad.