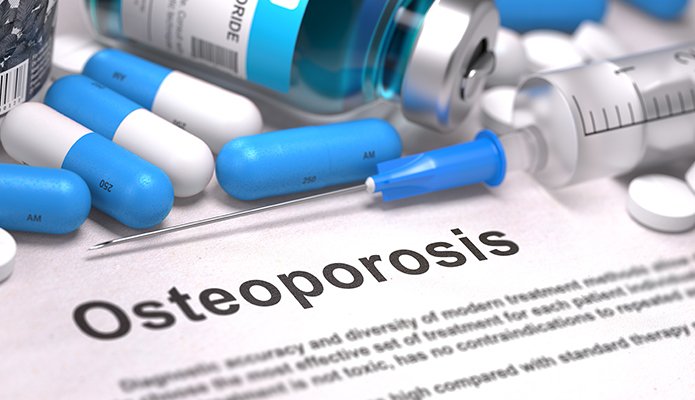 Amgen and UCB  announced that the Japanese Ministry of Health, Labor and Welfare has granted a marketing authorization for EVENITY (romosozumab) for the treatment of osteoporosis in patients at high risk of fracture.

Amgen and UCB are co-developing EVENITY worldwide, with development in Japan being led by Amgen Astellas BioPharma K.K., a joint venture between Amgen and Astellas Pharma Inc., headquartered in Tokyo. “The approval of EVENITY in Japan is a significant milestone that reinfoces our commitment to bringing effective treatments to the millions of patients who suffer from osteoporosis,” said David M. Reese, M.D., executive vice president of Research and Development at Amgen.

“A patient with a prior osteoporotic fracture is twice as likely to suffer another fracture if left undiagnosed and without appropriate treatment.2 With this approval, physicians in Japan now have a new medicine to help patients reduce their risk of fracture.”

EVENITY is a bone forming agent that both increases bone formation and reduces bone resorption to increase bone mineral density (BMD) and reduce the risk of fracture.

“In Japan, osteoporotic fracture is one of the leading causes for patients losing independence and needing nursing care. As the aged population of Japan increases, preventing such fractures should be given high priority,” said Steve Sugino, Amgen vice president  and  representative director of AABP. “Japanese patients will be the first in the world to have a new therapeutic option for osteoporosis that reduces the risk of fracture by not only increasing bone formation but also decreasing bone resorption.”

“Patients with a prior fracture face the risk of having another fracture and particularly stand to benefit from the option of a new bone-forming agent,” said Toshio Matsumoto, M.D., Ph.D., emeritus professor of Tokushima University and the advisor of the university’s Fujii Memorial Institute of Medical Sciences. “Physicians have been waiting for a new therapeutic option. I have great hope that the approval of EVENITY will help reduce the fracture risk for patients in Japan.”

“With one of the longest life expectancy rates in the world, Japan is a country of longevity, but this means that the rate of osteoporosis will increase, leaving many people at high risk for fracture due to the condition,” said Dr. Pascale Richetta, head of bone and executive vice president, UCB. “We are proud that EVENITY is now approved as a new treatment to help address this important public health issue and help people with their osteoporosis.”

This is the first approval for EVENITY in the world, and the third approval of a new medicine through AABP. The U.S. Food and Drug Administration (FDA) and the European Medicines Agency (EMA) are currently reviewing marketing applications for EVENITY and interactions with the agencies are ongoing.