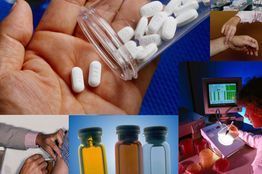 Singapore: Cytos Biotechnology revealed additional results of the phase IIa clinical trial with CYT003, a first-in-class immune modulator in clinical development as a potential new treatment for allergic asthma. A post-hoc analysis of data published in the March issue of The Journal of Allergy and Clinical Immunology were presented at the European Respiratory Society Annual Congress in Barcelona.

The results of the post-hoc analysis suggest that the efficacy of CYT003 measured by asthma control, symptoms and medication use, bronchodilation and inflammation markers, is particularly evident in patients with allergic asthma in the higher bEos group. Patients treated with placebo experienced deterioration on all outcome measures, whereas patients treated with CYT003 remained controlled despite ICS withdrawal. In contrast all patients with low bEos remained controlled in spite of steroid withdrawl.

This observation suggests that patients in the lower bEos group were not dependent on ICS therapy to achieve adequate control of their asthma. Of particular note, the effect on asthma control and FEV1 in CYT003- compared to placebo-treated patients was more pronounced in the higher bEoS patient subgroup than the reported outcome for the full study. These findings add to the evidence supporting the anti-inflammatory effect of CYT003 and its potential clinical benefit in patients with allergic asthma.

Professor Ian Pavord of the department of respiratory medicine, allergy and thoracic surgery, Glenfield Hospital, Leicester, UK, who conducted the post-hoc analysis said, "With this analysis, we identify a level of peripheral blood eosinophil cell counts that identifies the patients who are more dependent on ICS to maintain asthma control. These patients had a better response to CYT003, further supporting the potential clinical benefit of CYT003 in allergic asthma patients."