Alecensa is now approved in over 57 countries around the world as an initial (first-line) treatment for ALK-positive advanced NSCLC, including the US, Europe and Japan 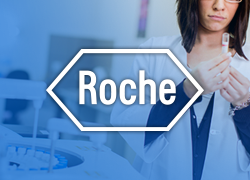 “Today’s approval marks a new era for ALK-positive lung cancer patients in China, who now have a treatment option that offers a meaningful, sustained benefit compared with the previous standard of care,” said Sandra Horning, MD, Roche’s Chief Medical Officer and Head of Global Product Development. “It also represents a significant regulatory shift, with the approval received under unprecedented timelines. We are proud to be at the forefront of healthcare innovation in China by helping to bring Alecensa to patients as quickly as possible.”

The approval is based on primary analyses from the pivotal global phase III ALEX study, assessing Alecensa versus crizotinib in the first-line treatment of people with ALK-positive metastatic (advanced) NSCLC, the pharmacokinetics results in Asian patients from the phase III ALESIA study, also investigating Alecensa compared to crizotinib in the first-line setting, and two phase II studies assessing Alecensa in patients who have progressed on or are intolerant to crizotinib.


Further supporting the use of Alecensa in this setting, the phase III ALESIA study, which met its primary endpoint and showed that Alecensa as an initial (first-line) treatment significantly reduced the risk of disease worsening or death (PFS) compared to crizotinib in Asian patients with ALK-positive NSCLC, will be submitted to the CNDA to complete a post-approval agreement.
Unlike in western countries, lung cancer incidence rates have continued to rise in China, and the disease is the most commonly diagnosed cancer type and the leading cause of cancer-related deaths.NSCLC is the most common form of lung cancer, with ALK-positive NSCLC, a distinct form, commonly affecting younger people (median age 52), and those with a light or non-smoking history. Approximately 5% of NSCLC cancer cases are ALK-positive, with around 75,000 people diagnosed with ALK-positive NSCLC every year.

Alecensa is now approved in over 57 countries around the world as an initial (first-line) treatment for ALK-positive advanced NSCLC, including the US, Europe and Japan. It was approved by the FDA and the EMA in November and December 2017, respectively.