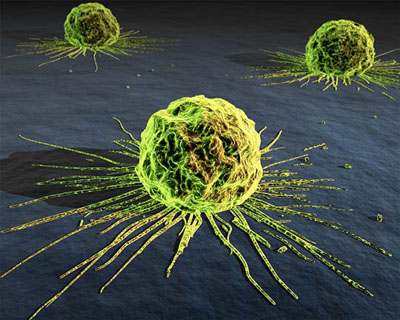 Singapore: A study by University of Michigan Comprehensive Cancer Center researchers demonstrated that a new drug has dramatic and rapid effects on prostate cancer, which had already spread to the bones. About two-thirds of patients treated with cabozantinib had improvements on their bone scans, with 12 percent seeing complete resolution of uptake on bone scan. Bone scans assess the degree to which cancer has spread is in the bone. Improvements on these scans suggest a response of the body to the drug.

"The effects of cabozantinib on bone scans are unprecedented in the treatment of prostate cancer," says lead study author Dr David C Smith, professor of internal medicine and urology, University of Michigan Medical School. Cabozantinib is designed to target two important pathways linked to the growth and spread of prostate cancer. The drug had the most effect on tumors that had spread to the bone, which is the major site where prostate cancer spreads. These tumors are typically very challenging to treat once they become resistant to hormone-based therapies.

In addition to the improvements on bone scans, 67 percent of patients with bone pain reported an improvement in pain control and 56 percent decreased or eliminated narcotic painkillers after treatment with cabozantinib.

The trial enrolled 171 men with castration-resistant prostate cancer, meaning their tumors no longer responded to hormone-based therapies. The study began as a randomized trial in which all patients received cabozantinib for 12 weeks, after which patients were randomized to receive continued cabozantinib or placebo. The randomization was stopped early because of the dramatic effects on bone scan, and because patients receiving placebo saw their cancer progress much more quickly than those that remained on drug.

Among the 31 patients who were randomized, cancer progressed after a median 23.9 weeks for patients taking cabozantinib, when compared with 5.9 weeks for patients on placebo. Dr Smith said that, "Discontinuing randomization is not common. Stabilization of disease in advanced prostate cancer is rarely due to the natural history of the disease and is in this case due to drug effect. While these initial results are promising, we are still uncertain how cabozantinib will impact the gold standard of survival."