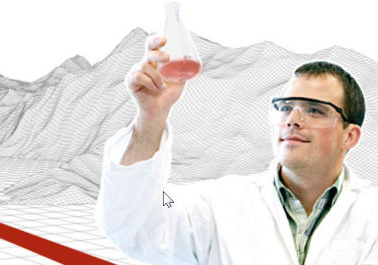 A clinical –stage biopharmaceutical company BerGenBio ASA has announced that the first efficacy endpoint has been met in its phase II clinical trial evaluating BGB324 (bemcentinib) which is a selective AXL inhibitor, in combination with erlotinib in patients with advanced non-small cell lung cancer (NSCLC) who have progressed on an approved EGFR inhibitor.

The trial is enrolling patients with activating EGFR mutations across three settings: Arm A designed to determine the daily dose of bemcentinib that can be safely administered in combination with erlotinib in patients who have received prior erlotinib therapy. This arm is completed and a recommended phase II dose has been established.

Arm B follows a Simon-like two-stage design evaluating the ability of bemcentinib to restore sensitivity to EGFR targeted therapy when given in combination with erlotinib in patients who have progressed on prior therapy with an approved EGFR inhibitor and that are negative for the T790M mutation. This arm has successfully completed its first stage (announced today). The initial endpoints of the first stage of Arm B were exceeded. An overall disease control rate of 33% was reported in patients who completed at least one cycle of treatment (n=9) thus providing preliminary proof of concept that bemcentinib can restore sensitivity to EGFR targeted therapy in some patients.

Arm C is designed to evaluate the ability of bemcentinib to prevent acquired resistance to EGFR targeted therapy when given in combination with erlotinib first line. This arm is recruiting patients with interim results expected mid-2018.

Richard Godfrey, Chief Executive Officer of BerGenBio, commented: “Meeting this initial clinical endpoint in this very challenging patient population, who have already progressed on prior EGFR targeted therapy and who do not have a T790M resistance mutation, is an important proof of concept for our hypothesis that bemcentinib, our selective oral AXL inhibitor, may be effective in restoring sensitivity to targeted therapy.”

Two patients in Arm B continue on study and are experiencing sustained disease control and one patient in Arm A is approaching their two-year anniversary on bemcentinib in combination with erlotinib and is asymptomatic. The BGBC004 trial forms an integral part of our strategy to evaluate bemcentinib as a cornerstone of cancer therapy with targeted-, immune- and chemotherapy. Bemcentinib is currently being evaluated in two other clinical trials in NSCLC, in combination with immune- and chemotherapy; the initial positive chemo combination data were reported in December 2017. Further phase II combination trials with bemcentinib are ongoing in breast cancer, melanoma and acute myeloid leukaemia and we look forward to reporting progress across our broad phase II clinical trial programme at upcoming medical congresses”, he added.