Representation disparity in ages below and above 75 years

The magnitude of the disparity is particularly concerning given that the number of adults aged 75 and older who are diagnosed with blood cancers is only expected to rise as the population ages. 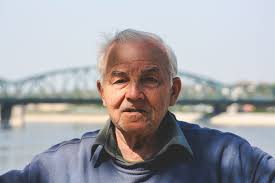 Singapore - In the first comprehensive analysis of clinical trial enrolment among older adults with blood cancers, researchers from the U.S. Food and Drug Administration (FDA) found significant gaps in participation among those aged 75 and older when considered against the incidence of these malignancies in this age group, according to research being presented during the 59th American Society of Hematology (ASH) Annual Meeting and Exposition in Atlanta. By comparison, adults under 65 years tend to be overly represented in these trials, despite the fact that a majority of blood cancers are most frequently diagnosed in those over 65 years of age.

"Until now, there has been very little information about the enrolment of adults with hematologic cancers. Based on our findings, the occurrence of cancer is much higher in adults over 75 years of age compared with the proportion of patients in this age group who enroll in clinical trials," said lead study author Bindu Kanapuru, MD, medical officer in the Division of Hematology Products, Office of Hematology and Oncology Products in the FDA's Center for Drug Evaluation and Research. "With so few patients aged 75 or older enrolled in clinical trials, critical information on the safety and effectiveness of new therapies in this age group is greatly lacking."

"We weren't surprised to see that, overall, adults aged 75 years and older were under-represented in clinical trials, as this is common across cancer trials," said Dr. Kanapuru. "But we were surprised by the magnitude of the gap for this age group, particularly for CML trials."

The good news, she adds, is that among patients aged 65 to 74, data show the proportion enrolled in lymphoma (excluding CLL) and CML trials essentially mirrored the reported incidence of blood cancers in this age group. In multiple myeloma and CLL trials, the proportion enrolled in the 65-74-year-old age group was higher than the reported incidence in this group.