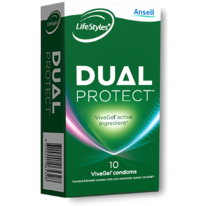 Australia's Starpharma Holdings Ltd and Ansell Limited have announced that the Australian Olympic team will be provided with antiviral Dual Protect VivaGel condoms for the upcoming Olympic Games in Rio de Janeiro.

Dual Protect is said to be the world's only antiviral condom, which is currently marketed by Ansell in Australia. While the physical barrier of the condom provides primary protection, the condom lubricant contains VivaGel, an antiviral agent that has been proven in laboratory studies to inactivate HIV, HSV (genital herpes) and HPV (human papillomavirus), which are viruses that cause sexually transmitted infections (STIs).
Starpharma has also recently announced that the antiviral active, VivaGel, showed near-complete antiviral protection against Zika virus in laboratory studies at levels significantly below the concentration in the Dual Protect condom. It is now known that Zika virus can be sexually transmitted.

VivaGel is an Australian innovation developed by Starpharma, who has teamed up with Ansell to create the Dual Protect condom. The company indicates that this is first of a kind innovation, developed and first available in Australia. It is currently in the process of being rolled-out to other countries around the world.

"Starpharma is delighted to play a role in supporting Australian athletes as they compete on the world-stage at the Olympic Games in Rio," said Starpharma Chief Executive Officer, Dr Jackie Fairley. "Given sexual transmission of Zika virus is of increasing importance the potent activity of Starpharma's VivaGel against Zika could prove very significant."