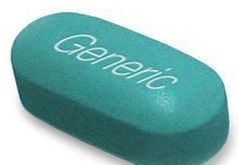 Bangalore: As a first step to prevent misuse of drugs, which have been banned abroad from being sold freely in the country, Drug Controller General of India (DGCI) has directed all companies to conduct clinical trials of generic medicine products and seek the national drug regulatory approval within 18 months.

So far, hundreds of fixed dose compounds (FDCs) were marketed all over India by just registering with the state-level drug licensing agencies, bypassing the national drug regulator, the DGCI. The trigger for this regulatory action, which was initiated on January 15, 2013, is the recent development related to the unfettered sale of a banned anti-depressant drug compound, Flupenthixol+Melitrcen, with the original trade name of Deanxit.

More than a dozen Indian generics manufacturer sell this drug in India although Deanxit, which is made by Danish firm Lundbeck, has been banned by the Danish drug regulator. The drug has dangerous side effects such as abnormal heart rhythms. Surprisingly, the Danish regulator allowed manufacture and export of Deanxit to other countries and the Danish company sells it in
India.

On January 10, 2013, the DCGI, Dr G N Singh took the first step to ensure safety by directing all manufacturers of this drug to submit clinical data about its safety within six months. The drug has been in use since 1998 without conducting clinical trials about its safety and efficacy.

DGCI warned that if the safety data of Flupenthixol+Melitracen is not provided within six months, its use will be banned in the country. Many prominent companies, including Sun Pharma, Intas, Unichem, Esma and others such as Psycorem, MoleKule, Aster, Archicare, Genesis, Daksh, Unimarck, and Amico among others, sell this drug in the country.

DCGI's January 15 directive is an extension of this case. Based on the Deanxit example, the regulator has asked manufacturers and marketers of all FDCs to submit safety data within 18 months. Analysts estimate that there are more than 300 drugs which have got into the Indian market in the last two decades without generating any clinical trial data.

An Indian Parliamentary committee, which studied the issue in mid-2012, had highlighted the loopholes that exist in the drug regulatory system allowed the proliferation of dangerous drugs that are banned abroad but are being freely made available in the country.

In 2007, the national drug regulator banned 294 drugs that got into the country through the state-level licensing route without safety and efficacy reports. However, these drugs continue to be sold to patients, based on a stay order issued by the regional High Court of Tamil Nadu, India.

Until this case is disposed off by the court, the 294 "banned" drugs will continue to flood the markets. In further tightening of the rules, the national regulator has instructed that any new drug can be licensed by state-level agencies only after the approval of DCGI is obtained. Analysts welcome this move, which seeks to enhance patient safety and crack down on manufacture of substandard and unsafe drugs in the country.