It provides unique new framework for early detection of the most common cancers. 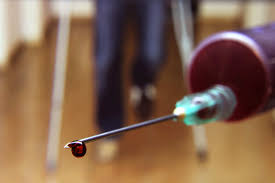 The test, called CancerSEEK, is a unique noninvasive, multianalyte test that simultaneously evaluates levels of eight cancer proteins and the presence of cancer gene mutations from circulating DNA in the blood. The test is aimed at screening for eight common cancer types that account for more than 60 percent of cancer deaths in the U.S. Five of the cancers covered by the test currently have no screening test.

"The use of a combination of selected biomarkers for early detection has the potential to change the way we screen for cancer, and it is based on the same rationale for using combinations of drugs to treat cancers," says Nickolas Papadopoulos, Ph.D., senior author and professor of oncology and pathology.

The findings were published online by Science.

The test was evaluated on 1,005 patients with nonmetastatic, stages I to III cancers of the ovary, liver, stomach, pancreas, esophagus, colorectum, lung or breast. The median overall sensitivity, or the ability to find cancer, was 70 percent and ranged from a high of 98 percent for ovarian cancer to a low of 33 percent for breast cancer. For the five cancers that have no screening tests—ovarian, liver, stomach, pancreatic and esophageal cancers—sensitivity ranged from 69 percent to 98 percent.

"A novelty of our classification method is that it combines the probability of observing various DNA mutations together with the levels of several proteins in order to make the final call," says Cristian Tomasetti, Ph.D., associate professor of oncology and biostatistics, who developed the algorithm. "Another new aspect of our approach is that it uses machine learning to enable the test to accurately determine the location of a tumor down to a small number of anatomic sites in 83 percent of patients."

Although the current test does not pick up every cancer, it identifies many cancers that would likely otherwise go undetected.