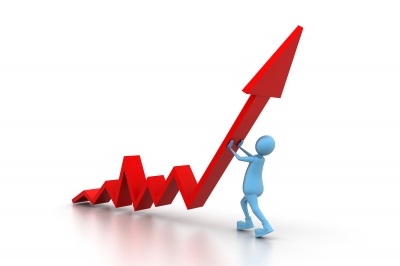 Singapore: Nutraceutical, a portmanteau of the words "nutrition" and "pharmaceutical", is a food or food product that provides health and medical benefits, including the prevention and treatment of diseases. The term nutraceutical was originally defined by Dr Stephen L DeFelice, founder and chairman of Foundation of Innovation Medicine (FIM), Crawford, New Jersey. Nutraceutical foods are not subject to the same testing and regulations as pharmaceutical drugs.

In addition, many botanical and herbal extracts such as ginseng, garlic oil, etc. have been developed as nutraceuticals. These are often used in nutrient premixes or nutrient systems in the food and pharmaceutical industries. There is minimal regulation over which products are allowed to displayed under the term
nutraceuticals, on their labels. Because of this, the term is often used to market products with varying uses and effectiveness.

The definition of nutraceuticals and related products often depends on the source. Members of the medical community require that the term 'nutraceutical' should be more clearly established in order to distinguish between the wide varieties of products out there.

Nutraceuticals provides health benefits and helps in prevention and healing of diseases. The global nutraceuticals product market is primarily categorized on the basis of functional foods, functional beverages and dietary supplements. The global market of nutraceuticals is growing on account of growth in the dietary supplement segment. Some of the factors driving the nutraceutical market are increase in disposable income and increased consciousness about one's health. The expenditure for buying healthy and organic foods increasing and thus, giving a boost to the overall nutraceutical market. Some of the factors restraining the market growth are the lack of knowledge about the benefits of nutraceutical products and high prices of the same. According to a new market report published by Transparency Market Research "Nutraceuticals Product Market: Global Market Size, Segment and Country Analysis and Forecasts (2007-2017)", Global Nutraceutical Product market reached $142.1 billion in 2011 and is expected to reach $204.8 billion by 2017, growing at a CAGR of 6.3 percent from 2012 to 2017. Asia Pacific (including Japan) is expected to have the second largest market share after North America by 2017. In 2011, the Functional food and Beverage market reached $93.0 billion, registering a growth rate of 6.0 percent from 2007 to 2011. North America enjoyed the highest market share for nutraceutical products at $56.4 billion in 2011.

Among all the geographies, North America has the largest consumer base for Nutraceutical products. Although the market is at a mature stage in this region, it has witnessed a growth rate of more than 6 percent during 2007-2011. Developing countries like China and India possess huge potential both in terms of value and volume for Nutraceutical products, as the population and disposable income is on a rise in these countries.

Functional Food remained the fastest growing segment of North America's nutraceutical market at 6.5 percent CAGR during 2007-2011. Non Herbals segment was the fastest growing segment of North America's dietary supplement market during 2007-2011, whereas proteins and peptides market segment had the largest share of revenue of North America dietary supplement market in 2011. The fact that the entire nutraceutical market is currently learning about the consumer range of choices, which has no limit, is giving rise to rapid product introduction in the region. The functional beverage market in the US is expected to have a moderate growth rate as compared to the dietary supplement market in the region.

According to the report on research and markets by the Global Nutraceuticals Market report, the market is expected to grow at a CAGR of 6.3 percent over the period 2013-2018. One of the key factors contributing to this market growth is the increasing global ageing population. The Global Nutraceutical market has also been witnessing an increase in nutraceutical product development. However, the threat of ingredients and raw material contamination could pose a challenge to the growth of this market. Some of the leading names in this market include Archer Daniels Midland, BASF SE, GlaxoSmithKline, and NestlÃ© SA Bactolac Pharmaceutical, Bayer Healthcare AG, NBTY, and Perrigo.

The report noted that the Global Nutraceutical market is highly competitive and has numerous local and international vendors prevailing in it. To compete in the market, vendors are introducing numerous new and innovative nutraceutical food products in the market. Companies are trying to introduce new innovative products on the basis of ingredients, packaging, and serving ability.

As consumers are also increasingly interested in tasting new products, new flavors, and recipes, foods that have been developed using several cultural cuisines are also continuously being launched in the market. For instance, large food corporations, such as Kellogg, General Mills, Procter and Gamble, Hygiene and Health Care, are at the forefront of nutrition research. They are trying to gain advantage from nutraceuticals by fortifying their existing products (eg., orange juice with calcium), repositioning products, supporting sales with new marketing approaches and research that highlights the benefits of their core products and new products. Therefore, the increase in innovative nutraceutical food product launches is one of the key trends that is expected to propel the growth of the Global Nutraceutical market during the forecasted period.

According to the report, one of the major drivers in the market is the increasingly aging population across the globe. With the increase in the aged population and primary consumers, the consumption level of nutraceutical products has increased. The majority of the demand for nutraceutical products is from the APAC region as the region is densely populated with changing consumer lifestyles and increasing disposable income.