In 2030, more than 70 million people in ASEAN are projected to be older than 65 years old 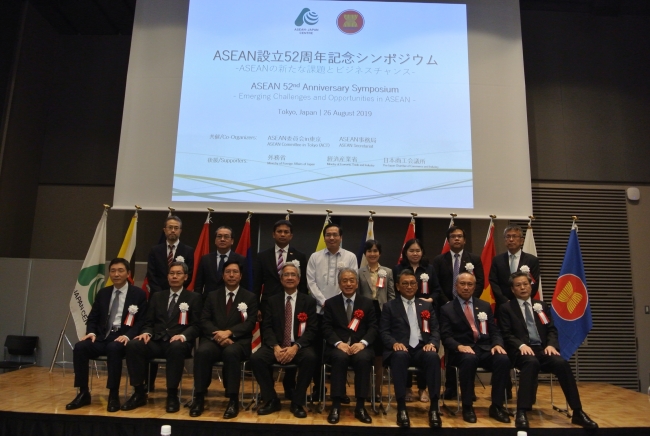 ASEAN is facing rapid population ageing. It is estimated that all ASEAN countries will become ageing society (more than 7% of the population is 65 years old or older) in 20 years. Singapore and Thailand have already reached the aging society and others including Viet Nam and Brunei Darussalam are following this trend. In 2030, more than 70 million people in ASEAN are projected to be older than 65 years old.

While the population ageing poses number of critical social issues in ASEAN such as ensuring the social integration and economic security of the elderly as well as having vibrant social security system, it also brings business opportunities with increasing demands for new services to support the active ageing of elderly population in the region. Regional initiatives include the Japan-ASEAN Health Initiative which supports human resources development towards the promotion of healthy lifestyles, preventing diseases and raising healthcare standards in ASEAN, and the Japan-ASEAN Universal Health Coverage (UHC) Initiative with focus on population ageing, which among others supports the conduct of Japan-ASEAN joint research, and explore future collaborative forums or mechanism towards sustainable UHC and addressing healthy and active ageing.

Against this background, the ASEAN-Japan Centre (AJC) together with the ASEAN Committee in Tokyo (ACT), which consists of the ASEAN Ambassadors to Japan, and the ASEAN Secretariat organized the ASEAN 52nd Anniversary Symposium in Tokyo on 26 August 2019, which brought 180 Japanese businesspersons and policymakers as well as ASEAN Ambassadors to Japan together to discuss the emerging challenges and opportunities around the population ageing in ASEAN. The Symposium was also attended by H.E. Chen Dehai, the Secretary General of the ASEAN-China Centre and H.E. Mr. Lee Hyuk, the Secretary General of the ASEAN-Korea Centre.

The Symposium was opened by H.E.  Arifin Tasrif, Ambassador Extraordinary and Plenipotentiary to Japan and the Chairperson of the ACT. Dr. Aladdin D. Rillo, Deputy Secretary-General of ASEAN for ASEAN Economic Community (AEC), delivered the keynote speech focusing on the progress of ASEAN Economic Community as well as emerging challenges to market integration such as rising trade tensions and technological revolution.

At the panel discussion, Dr. Keiichiro Oizumi, professor at the Asia University, and Eitaro Kojima, Director of the Asia and Oceania Division, Oversea Research Department of Japan External Trade Organization (JETRO) discussed the current population ageing in ASEAN and concrete business opportunities for Japanese companies to invest in related services such as elderly care and health services. Dr. Rillo also recognized the importance of coming up with a comprehensive approach to address the region’s ageing population through effective policies and measures that support active ageing and economic empowerment of the elderly, as well as coordinated action involving various stakeholders such as the private sector.

Masataka Fujita, the Secretary General of AJC, stated that “Integration of the elderly into the society and economy is the key to the sustainable development. We cannot avoid the population ageing but we can avoid detrimental impacts of the population ageing. AJC will continue to work together with the ASEAN Member States and the ASEAN secretariat to address emerging issues in ASEAN, including through organizing the policy dialogues with Japanese stakeholders”.