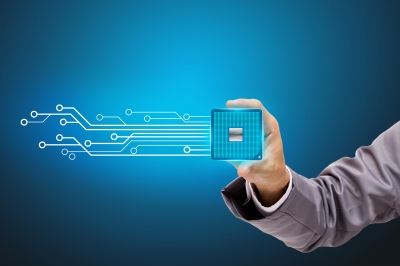 Singapore: A group of researchers have successfully employed a facial recognition software in the process of diagnosing a rare genetic disorder the DiGeorge syndrome and it affects 1 in 3,000 to 1 in 6,000 children.

This software will help specialists and health care providers to recognize and diagnose the syndrome more easily, in order to deliver medical interventions earlier and more efficiently.

Published in the American Journal of Medical Genetics, the research was carried out by scientists with the National Human Genome Research Institute, as part of the National Institutes of Health, along with their collaborators.

Medically tertmed as 22q11.2 deletion syndrome, the DiGeorge or velocadriofacial syndrome causes multiple defects of the body, including heart problems, cleft palate, learning problems and a characteristic facial appearance. Though the syndrome causes many defects, because of the very unusual symptoms, health specialists can't always pinpoint the disease, especially among very diverse populations.

As part of the research, the scientists analyzed information from 106 participants, as well as photographs of 101 subjects who suffered from the disease. The subjects were chosen from 11 different countries in Africa, Latin America and Asia, as the appearance of different subjects suffering from the disease was very different inside this group.

Then the team used facial analysis technology to address the disorder, comparing a group of 156 Caucasians, Latin Americans, Asians and Africans, who either suffered with the disease or who formed the control groups. The diagnoses were then made, comparing 126 facial features. The diagnoses were correct 96.6 percent of the time, which makes this software a success in addressing this syndrome. Additionally, this technology is very helpful when it comes to diagnosing Down syndrome.

NHGRI medical geneticist Paul Kruszka explains that "Human malformation syndromes appear different in different parts of the world. Even experienced clinicians have difficulty diagnosing genetic syndromes in non-European populations." That's where facial recognition comes in. The NHGRI team studied the photographs of 101 participants with the rare disease from Africa, Asia and Latin America. They then developed a facial recognition tech that was able to correctly diagnose the condition 96.6 percent of the time during their trial runs. The team says their tech can diagnose Down's syndrome, as well.

DiGeorge syndrome and Down syndrome are both included in the Atlas of Human Malformations in Diverse Populations, a program launched in 2016. Upon its completion, this atlas will represent a comprehensive and exhaustive database of distinct inherited diseases worldwide.