The device obtains the average value of ambient noise by performing obtained 1,000 scans per second 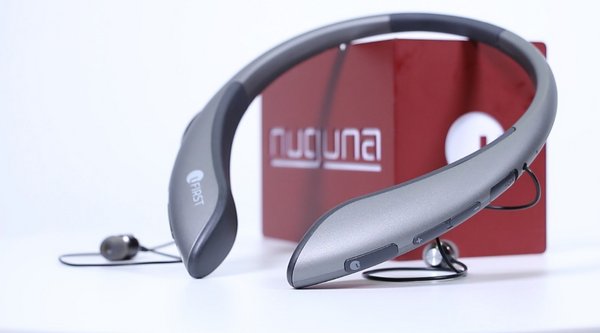 'NUGUNA HEARING-AID', developed by South Korean company UFIRST Co., Ltd, is a hearing aid that detects high-pitched sounds and informs the wearer of the direction of the sounds through vibration.

Put NUGUNA hearing aid around the neck and turn it on, the built-in microphone will recognize the ambient sound and tell the direction of the noise by vibrating. This inconspicuous hearing aid looks like typical, neckband-style, Bluetooth earphones.

The device obtains the average value of ambient noise by performing obtained 1,000 scans per second. Noise above this average level are recognized as usual noise, such as busy construction sites or streets.

Fedora Lee, UFIRST CEO said, "We continued to pay attention to resolve the problems of hearing impairment, so we developed the product by conducting about 300 on-site surveys.”

"NUGUNA hearing aid" has targeted buyers and distributors of global market with focus on North America, Europe and Japan, which have rich social awareness and support for the disabled and the elderly. NUGUNA targets distributors and buyers who sell electronic aid devices for the disabled and elderly aids, as well as those that sell general-use digital/electronic devices.

After NUGUNA product's successful entry into the market, UFIRST company will also launch a neckband-style aid for the visually impaired of all ages.