SANDRO DUAL has already attracted great attention as it was launched in Korea Nd:YAG & Alexandrite based lasers mounted on one device 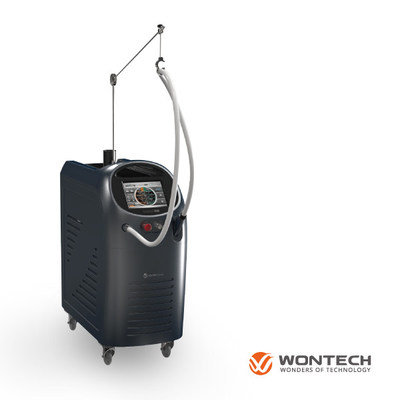 SANDRO DUAL has already attracted great attention as it was launched in Korea Nd:YAG & Alexandrite based lasers mounted on one device. The biggest advantage of SANDRO DUAL is that it is possible to implement 'hybrid mode'.

In the hybrid mode, by irradiating a short time difference between two wavelengths of 755nm and 1064nm, it is accurately delivered to a specific area using less energy, so that more effective and quick treatment such as hair removal and whitening can be performed without damaging surrounding tissue. In addition, the SCS (Skin Cooling Spray) cooling system which minimizes patient discomfort such as pain, swelling, and redness that can help to go right back to life as usual.

Seung-woo Song, Chief of the U.S branch of WONTECH said, "We were delighted to receive FDA clearance with the effectiveness and stability. With this clearance, we will accelerate into global markets all around the world, including the US and Europe."

In recent years, WONTECH has been broadening its focus to B2C businesses and surgical fields through devices such as HairBoom for personal hair loss treatment and Hifie for personal skin care.

WONTECH is exporting products to as many as 60 countries around the world with accumulated technology associated with 180s intellectual property rights.