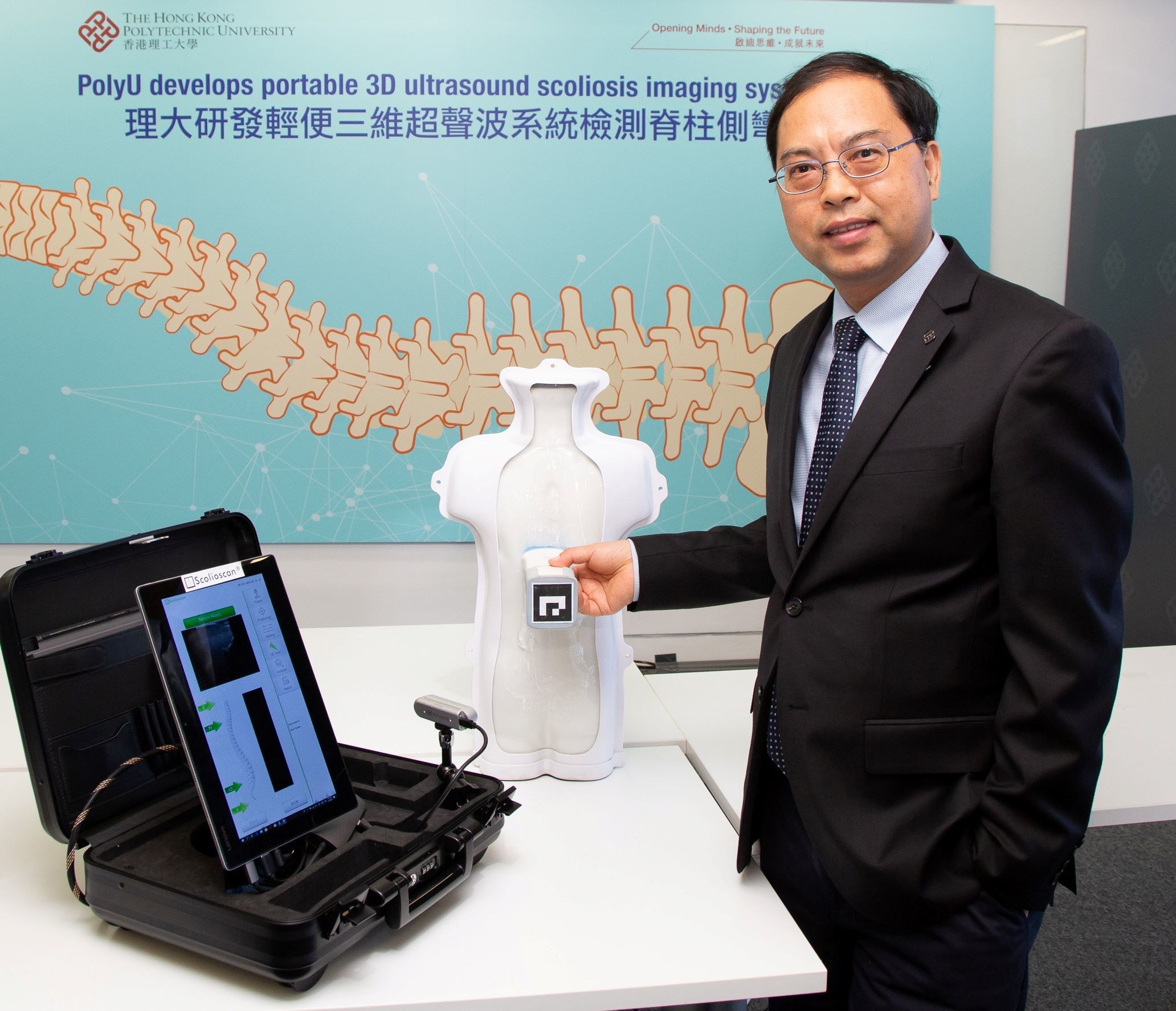 The Hong Kong Polytechnic University (PolyU) has shared that more youngsters can have their scoliosis conditions detected early and monitored frequently, thanks to the portable imaging system developed by PolyU's experts in scoliosis research.

The portable Scolioscan Air developed by the research team of PolyU's Department of Biomedical Engineering (BME) was recently awarded Grand Award, Gold Medal with the Congratulations of Jury, and Special Merit Award at the 47th International Exhibition of Inventions of Geneva held in April.

Ir Professor ZHENG Yong-ping, Head of BME and Henry G. Leong Professor in Biomedical Engineering, who leads the research, said Scolioscan Air is a further advanced system based on the PolyU-developed 3D ultrasound imaging technology under the trademark "Scolioscan" (weighed about 150 kg). "Scolioscan" was successfully commercialised into a clinic-based facility in 2016.

Scolioscan Air consists of three hardware components:  i) a palm-sized wireless ultrasound probe with an optical marker mounted at its bottom; ii) a depth camera; and iii) a laptop or tablet computer with dedicated software. The compact optical marker and depth camera replace the spatial sensor used in Scolioscan and thus help dramatically downsize the device.

Scolioscan has been registered as a medical device in different countries since 2016, including European Union and Australia. A total of 23 patents globally for the related technology have been awarded to, or filed by, PolyU and the collaborating company. The clinic-based systems have been installed in clinics in Hong Kong, Macau, the Mainland, Netherlands, Australia, Italy, etc; and have been used for scoliosis scanning for over 4,000 patients.