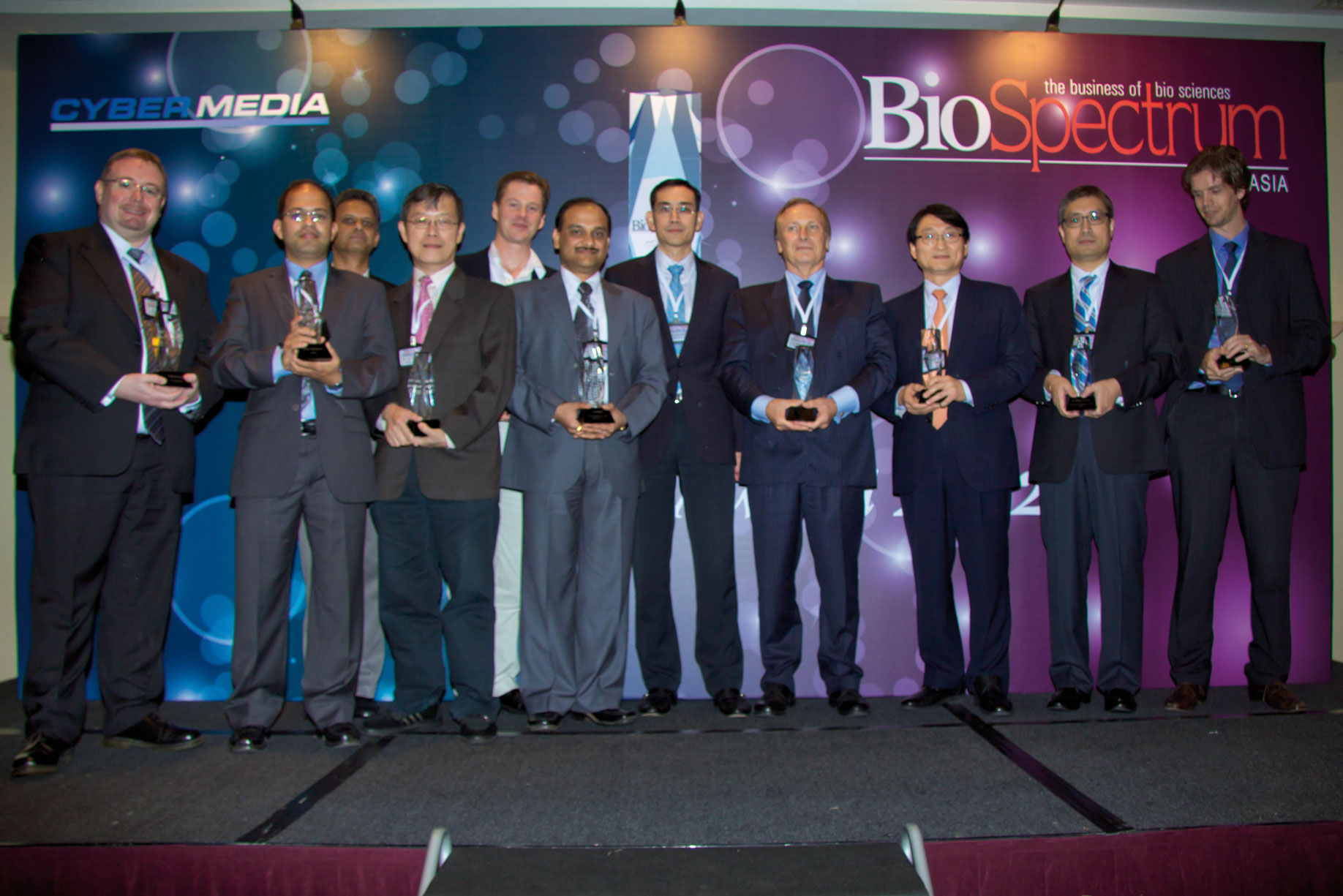 Dr Benjamin Seet, executive director, Biomedical Research Council, Agency for Science Technology and Research (A*STAR), Singapore, was the guest of honor. The winners under the different categories of BioSpectrum Asia Pacific Bioscience Industry Awards were applauded by around hundred delegates.

Mr Abraham Mathew, group editor, BioSpectrum, set the tone for the evening by highlighting the fact that the world has realized that the next generation medical products will need Asian inputs to become successful. So, they are flocking to set up their research facilities, do a large part of their drug discovery work and conduct clinical trials in a big way to speed up the drug development process, he pointed out.

"BioSpectrum Awards is an extension to observe and highlight the winners in the long battle to tackle the world's emerging health problems and find solutions. Through these awards, BioSpectrum is playing the role of picking tomorrow's winners, nudging today's entrepreneurs to achieve greater glory and honoring yesterday's key players who laid the foundation for success," Mr Mathew noted.

Dr Seet appreciated the Asian companies for their commendable performance and achievements and noted that Asia is hub for potential growth and innovation. Addressing the audience, he remarked that the way Singapore has developed itself into a highly advanced biotech hub, Asian companies can take advantage and grow and thrive in the forthcoming opportunities. "What Asian companies have to consider is to maintain consistency in their growth besides the challenges posed by western economy," he said.

The most prestigious award of the year, BioSpectrum Asia Pacific Bioscience Industry Lifetime Achievement Award 2012, was conferred on Dr John Ballard, co-founder and director of BioAngels, Australia. The international jury unanimously chose Dr Ballard (see selection criteria), who in a career spanning four decades, has successfully played many different roles and contributed to building building the industry in Australia from scratch. Unfortunately, Dr Ballard could not travel to Singapore due to health issues, but thanked BioSpectrum and the jury for acknowledging his long stint in life science industry through an email response.

"I have not made any scientific discoveries that have led to important medical treatments nor have I played a key role in the growth of any major life science companies. But I have had an extremely varied career with four distinct phases that have been both exciting and perhaps can be looked on by younger people as a worthwhile path for them to consider," said Dr Ballard in his thanking note to BioSpectrum Asia.

Emerging company of the year winner, TaiMed Biologics also could not make it to the event in Singapore to receive the award. Ms Nandita Singh, editor, BioSpectum, concluded the grand and glamorous evening with a note thanking all the jury members and audience to make the awards a successful show.

This year, two products were selected for the Product of the Year Award: HypoMon by AIMEDICS, Australia; and ACHNIL by Venus Remedies, India. AIMEDICS, an Australian medical device company, developed HypoMon as a nocturnal hypoglycaemia monitor and alarm to provide safer sleep to people with type 1 diabetes. The product has already received an Australian International Design Award for its design and innovation excellence.

The other product by Venus Remedies is based on a radical innovation, Aceclofenac, of Venus Medicine Research Centre. Achnil is a 'single shot' injection launched in July 2011 in India. This novel formulation based on novel drug delivery system technology addresses the demand for better pain management therapies, especially for the aged population. It not only reduces the number of pricks, but also drastically reduce side effects.

(Emerging Companies of the Year)