Singapore's A*STAR researchers have figured out the detailed structure of a type of filamentous protein ParM in C. botulinum, seeking to understand its structure and function 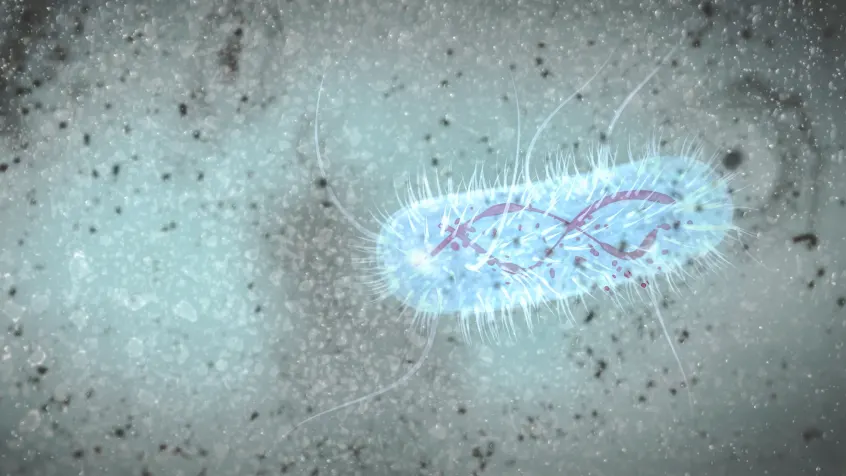 Better known for producing botox—a compound associated with wrinkle removal in cosmetic clinics—the bacteria Clostridium botulinum is also studied by scientists seeking to understand fundamental biological processes such as bacterial cell division. As a bacteria cell divides, it needs to properly segregate DNA into the resultant daughter cells, a process carried out by strands of proteins.

Earlier research has shown that these protein filaments are encoded by the bacteria’s DNA (also called a plasmid) and that the proteins differ among bacteria species. In this study, researchers led by Robert Robinson, a Research Director at A*STAR’s Institute of Molecular and Cell Biology (IMCB), zoomed in on the filamentous protein ParM in C. botulinum, seeking to understand its structure and function.

Collaborating with scientists in Japan, Robinson’s group used a technique called cryogenic electron microscopy (cryoEM) to obtain high resolution (4.2 Angstrom) structural data on ParM, which revealed that it generally persists as a 35 µm-long filament, with a diameter of 26 nm.

Importantly, the researchers observed that ParM is a complex of 15 loosely associated, left-handed helical, single strands. A cross-section of the 15 strands reveals a central strand surrounded by an intermediate layer of six interacting twisted helical strands running antiparallel to the central strand. The remaining eight strands form an outermost layer, running antiparallel to the six intermediate strands.

Robinson remarked that the result was “surprising” because Escherichia coli, another common model bacteria, makes use of only a pair of two-stranded ParM filaments to segregate its DNA. Hence, the 15-strand configuration of ParM in C. botulinum is likely to allow for a greater generation of force and motion.

“Our findings tell us that many filament designs are used in moving plasmids. This is likely selected for during evolution since two types of plasmid existing in the same cell will require two different segregation systems to faithfully maintain both plasmids,” explained Robinson.

He added that mutations affecting the structure of ParM could also influence plasmid propagation. Learning about the mechanisms controlling plasmid segregation could, in turn, shed light on how bacteria acquire certain traits, such as antibiotic resistance and toxin production.