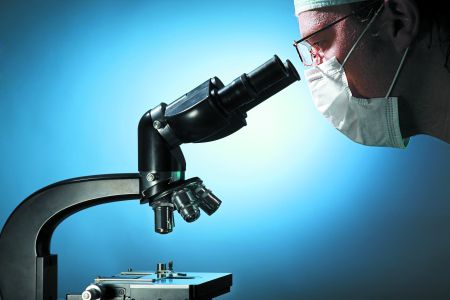 Singapore: Joslin Diabetes Center scientists in Boston, US, have demonstrated that brown adipose tissue (BAT) has beneficial effects on glucose tolerance, body weight and metabolism. The center is a teaching and research affiliate of Harvard Medical School.

Unlike the more prevalent white adipose tissue (WAT or white fat) which stores fat, BAT (or brown fat) burns fat to produce heat. Studies in mice and humans have suggested that BAT also plays a role in regulating body weight and metabolism. This has made BAT the focus of considerable interest among scientists and pharmaceutical companies who are investigating ways to use BAT as a treatment for obesity.

Joslin researchers were interested in learning whether BAT is involved in glucose metabolism and uncovering the mechanisms underlying BAT's effects on metabolism and body weight. The study, funded by the National Institutes of Health in the US, involved the transplantation of BAT from male donor mice into the visceral cavities of mice which were fed a standard or high-fat diet.

By eight to twelve weeks following transplantation, the BAT-transplanted mice fed a normal diet showed improved glucose tolerance, increased insulin sensitivity, lower body weights and decreased fat mass. Three control groups, which had a WAT transplant, a glass bead implant or surgery without transplantation, did not show any metabolic improvements. "We were able to establish that BAT transplantation affects metabolism. This study provides further evidence that BAT is a very important metabolic organ and a potential treatment for obesity-related diseases such as diabetes, metabolic syndrome and insulin resistance," says lead author Dr Kristin I Stanford, a postdoctoral fellow in the Section on Integrative Physiology and Metabolism.

The mice fed a high-fat diet also exhibited beneficial effects from BAT transplantation, including improved glucose metabolism, decreased body weight and a complete reversal of insulin resistance resulting from excess fat consumption. Previous studies of BAT transplantation in mice, which transplanted BAT in a different location and had a shorter duration, did not show beneficial effects.

The transplanted BAT affected metabolism throughout the body by increasing levels of circulating Interleukin-6 (IL-6). The researchers also found that BAT transplantation increased norepinephrine and FGF-21. IL-6 has been shown in previous studies to increase energy production and decrease body weight. When the researchers transplanted BAT from donor mice genetically engineered not to produce IL-6, the mice who received the transplants showed no metabolic improvements. "This is the first study to demonstrate that an increase in BAT significantly increases levels of circulating IL-6. It suggests that an increase in BAT-derived IL-6 improves glucose metabolism throughout the body," says senior author Dr Laurie J Goodyear, head of the Section on Integrative Physiology and Metabolism.

The researchers are following up on the study by "looking into other ways BAT may have beneficial metabolic effects and further investigating the functions of IL-6 and other BAT-derived hormones", says Dr Goodyear. Dr Stanford is studying the relationship between BAT and type 1 diabetes (T1D), based on data from a collaborator that suggests that BAT may help control glucose in T1D.

Dr Goodyear and the research team are very interested in using their findings to develop new therapies for diabetes. "We hope that manipulating BAT will help people with type 1 and type 2 diabetes," says Dr Goodyear.