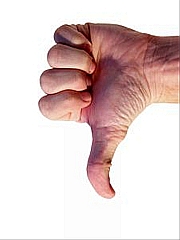 Singapore: Eli Lilly and Company highlighted that the primary endpoints, both cognitive and functional, were not met in either of the two phase III, double-blind, placebo-controlled Solanezumab Expedition trials in patients with mild-to-moderate Alzheimer's disease.

Statistically significantly adverse events occurred at least one percent more in the Solanezumab group as compared to the placebo group. These adverse effects included, lethargy, rash and malaise (in Expedition1) and angina (in Expedition2). An ongoing, open-label extension study, called Expedition-EXT, is fully enrolled and will continue as planned. An independent analysis of the data from the EXPEDITION studies is being performed by the Alzheimer's Disease Cooperative Study.

Dr John C Lechleiter, chairman, president and CEO, Lilly, said that, "We recognize that the Solanezumab studies did not meet their primary endpoints, but we are encouraged by the pooled data that appear to show a slowing of cognitive decline. We intend to discuss these data with regulatory authorities to gain their insights on potential next steps."

Dr Jan Lundberg, executive VP, science and technology, and president, Lilly Research Laboratories, commented that, "Lilly is committed to finding medicines that alter the underlying pathology of Alzheimer's disease for the benefit of patients and their loved ones. We believe the pooled data support the amyloid hypothesis, as these are the first phase III data with an anti-beta amyloid agent that appear to show a slowing of cognitive decline."