The novel 10 minutes RTF-EXPAR test method can be quickly adapted on new variants, or for testing other viral pathogens such as Influenza, Respiratory Syncytial Virus (RSV), or Ebola 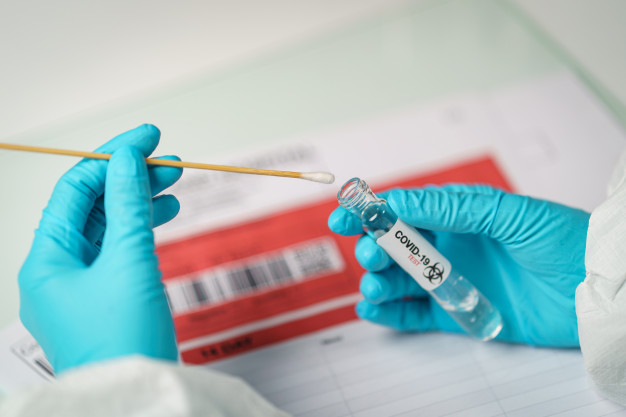 Researchers from the University of Birmingham, U.K., have developed an accurate and sensitive novel testing method for COVID-19. The simple method takes 10 minutes and can be deployed at entertainment venues, airport arrival terminals, and in remote settings where clinical testing laboratories are not available.

The Birmingham COVID-19 test, called RTF-EXPAR, gives a sample-to-signal time of under 10 minutes, even for low viral levels where current lateral flow tests are less effective. The scientists used a three-way comparison study to confirm that the Exponential Amplification Reaction (EXPAR) method is just as sensitive, but faster, than both PCR and LAMP tests which are currently used in hospital settings.

Both PCR and LAMP tests detect viral RNA, which can be present in extremely low levels in swabs taken from the mouth and nose. These tests use a two-step process that involves first converting RNA to DNA (a process called reverse transcription) and then ‘amplifying’ the material many times over so it can be detected in the sample. But these reverse transcription and amplification steps slow down COVID assays that are based on nucleic acid detection, compared to antigen tests, such as lateral flow, which do not have these steps. While this makes lateral flow tests faster than those based on PCR and LAMP, in return they are typically less sensitive. Hence, the ideal test would be one that is both sufficiently sensitive and speedy – as in the RTF-EXPAR test.

Professors Tim Dafforn from the School of Biosciences, explains: “EXPAR amplifies DNA at a single temperature, thus avoiding lengthy heating and cooling steps found in PCR. However, while LAMP also uses a single temperature for amplification, EXPAR is a simpler and more direct process, in which much smaller strands are amplified. This makes EXPAR an even faster DNA amplification technique than not only PCR but also LAMP.”

The study revealed that the RTF-EXPAR method converts under 10 strands of RNA into billions of copies of DNA in under 10 minutes, using a one-pot assay that is compatible with more basic, benchtop equipment than that used with current testing methods.

The RTF-EXPAR method can be quickly adapted should new variants emerge, or for testing other viral pathogens such as Influenza, Respiratory Syncytial Virus (RSV), or Ebola, where near-patient testing is required to prevent more widespread transmission.

The team is now seeking commercial partners for rapid licensing, to make the RTF-EXPAR test as available as widely as possible.