Launching in 2022, its availability will be expanded to the global market 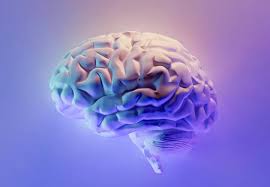 Icure Pharmaceutical Inc. has announced that its donepezil patch, a treatment of Alzheimer’s-type dementia, received a drug product approval from the Ministry of Food and Drug Safety of Korea.

The drug product approval process took 7 months after it filed an application in April 2021. With the approval, Icure marks the first commercialization of the donepezil patch in the world.

Donepezil is a current typical treatment that has been widely prescribed for the longest period for Alzheimer’s disease patients in severity ranging from mild to moderate and severe ones among FDA-approved Alzheimer's treatments. Due to difficulty in the development of its formulations, donepezil has been commercialized for only oral administration to date.

With successful completion of a Phase III clinical trial for the first time in the world, the donepezil patch of Icure is expected to significantly improve the quality of life of patients with Alzheimer’s-type dementia and their caregivers by enhancing the convenience in its use from orally taking once daily to putting a patch on skin twice a week.

Now that its donepezil patch received FDA approval for Phase I clinical trial as an investigational new drug in April 2021, Icure will start to administer it to patients in the latter part of 2022. The company expects to begin in 2025 to provide the donepezil patch in the global market by reducing the period of clinical trials through the 505(b)2 clinical study track.