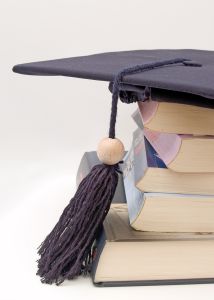 TWAS announced the list of new members at its general meeting in Tianjin, China

Singapore: Three Academia Sinica academicians from the field of life sciences have been elected to the Academy of Sciences for the Developing World (TWAS) in 2012. The list of new members was made public on September 18. Two others elected from Academia Sinica, Taiwan, are from the fields of physics and engineering sciences. The announcement of the conferral of the accolades was made at the 23rd TWAS general meeting held from September 17 to 21 in Tianjin, China.

TWAS has more than 1,000 members from 90 countries. The main mission of the academy is to promote scientific excellence and capacity in the South for science-based sustainable development.

Mr Kuan Wang was elected to the area of Structural, Cell and Molecular biology. He has made significant contributions to the study of muscle biology and cell motility, including the discovery and naming of five new cytoskeletal proteins that are important in assembly, regulation and dysfunction of the cytomatrix in cardiac, skeletal and smooth muscles and in non-muscle cells.

Mr Lu-Hai Wang was elected to the area of Biological Systems and Organisms. Wang's early work initially established the genomic map of Rous sarcoma virus and demonstrated the cellular origin of the src gene. He discovered novel cancer-causing genes (fps and ros), and elucidated the molecular basis of various cancer-causing mechanisms.

Mr Kung-Yee Liang was elected to the area of Medical and Health Sciences. He is a leading researcher in developing statistical methods for analyzing correlated data including longitudinal and family data, which are common in clinical and public health research.