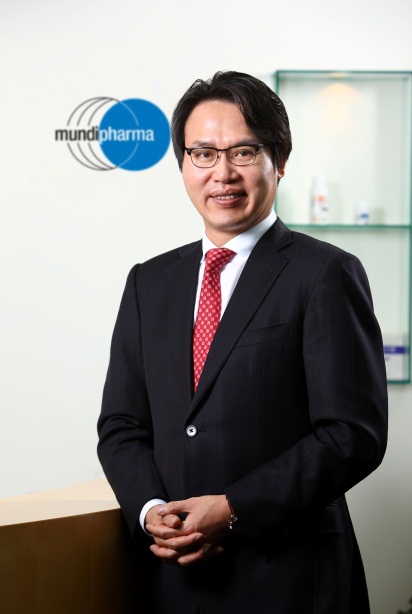 Mr. Lee was appointed GM for Mundipharma Korea in 2010. During his early years, he was responsible for leading the transformation of the Korean organization, which involved finding and developing key leaders and setting foundations in place. Throughout his career with the company, Mr Lee consistently delivered double-digit annual sales growth with a keen focus on strengthening branding for existing products and pushing out new products into the market.

He expanded Mundipharma Korea's pipeline of analgesics and positioned the company as an industry leader through the launch of Targin in 2011, Norspan in 2012 and OxyNorm injection in early 2013. Under his leadership, Mundipharma Korea also introduced two anticancer treatments, Folotyn, which treats recurring or refractory peripheral T cell lymphoma (PTCL), and Depocyte, which is a treatment for lymphomatous meningitis.

At the same time, Mr Lee intensified the marketing activities for Betadine, a disinfectant, and GynoBetadine, a variation developed for feminine hygiene. He also drove product portfolio diversification through the opening of business units in consumer health, oncology and respiratory treatment.

Mr Raman Singh, MD, Mundipharma Asia Pacific, Latin America, Middle East and North Africa, said, "I am pleased to recognize John's exceptional leadership and important contributions to our company's growth through this promotion. In his new role, John will be responsible for leading the businesses across South East Asia, many of which are still in their first year of operations, alongside ensuring future stability and sustainability."