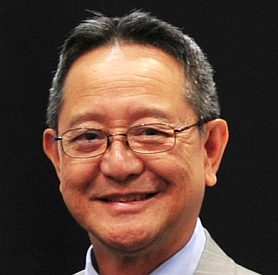 Living Cell Technologies, a cell implant company based out of Australia and New Zealand, appointed Dr Paul Tan as its chief science and medical officer (CSMO) in December 2012. Dr Tan, who takes over the role of CSMO from Emeritus Professor Bob Elliott, the co-founder and acting CSMO of the company since June 2012, will essentially lead Living Cell Technologies' clinical trial programs for Diabecell and Ntcell , proprietary treatment candidates for type 1 diabetes and neurodegenerative diseases, respectively.

Dr Tan, who has more than 18 years of experience in senior roles in the biotechnology industry, is also the chair of NZBIO, the bioscience industry organization of New Zealand. He has led R&D teams into clinical trials in the US, UK, New Zealand, Philippines, Brazil and Russia. He has managed relationships with regulatory bodies, including Medsafe of New Zealand, the US FDA and the Center for Disease Control, in the US. In both his executive and consulting roles, Dr Tan has secured substantial government and private investor funding for the research and development of therapeutic products and has successfully transferred multiple therapeutic products into a GMP manufacturing environment.

In an email interview with BioSpectrum, Dr Tan talks about his new role at LCT and his experiences in working with the regulatory bodies of various countries.

As the new chief science and medical officer of LCT, what will be your immediate focus?
My focus is to make sure the clinical targets for the two leading products, Diabecell for type 1 diabetes and Ntcell for Parkinson's, are met. There is much innovative research and technology transfer involved when a product moves from phase I/II towards phase III, especially in the upscale production of a novel product. The company has allowed me to hire new staff experienced in technology development.

The clinical and regulatory team is being expanded as later stage clinical trials in diabetes are conducted in multiple centers. As we have moved Ntcell from preclinical project into clinical development, the preclinical R&D team is excitedly selecting the next therapeutic candidate to develop.

Tell us about the Diabecell and the Ntcell clinical trial programs and how you plan to take them further.
Diabecell is the world's first product comprising pig pancreatic islets coated in alginate. It is implanted into the abdomen of people with severe type 1 insulin dependent diabetes. In the trials we have done so far, the patients have experienced some reduction in the amount of insulin they need to inject and their overall glucose control has improved, as shown by their HbA1c reducing. But the most dramatic improvement has been a reduction in the number of unaware hypoglycaemic events that the patients experience.

Unaware hypoglycaemia can be life threatening. It occurs when a patient's blood glucose falls to dangerous levels without the patient having any sign or symptom that this is happening. The patient suddenly loses consciousness, and if glucose is not given immediately, for example because the patient is on their own,they can die. For patients that experience them, unaware hypoglycaemic events are very distressing for themselves and their families. The patient tends to limit their activities for fear of an unaware hypo occurring, say, when they are driving, and their quality of life is affected significantly.

So, LCT's first goal is to bring Diabecell to market which will significantly reduce the risk to life in people who need intensive insulin treatment to normalise their blood glucose. To that end we are aiming to complete clinical trials in this indication by the end of 2015, with the goal of commercializing Diabecell in 2016.

Ntcell is a treatment we are initially developing for Parkinson's, although it is likely it will be useful in a range of neurodegenerative disorders. We have a phase I clinical trial of Ntcell in Parkinson's starting this year, and our R&D team has been tasked with getting Ntcell ready for clinical development in at least two additional indications by the end 2015.

You have experience of leading R&D teams into clinical trials in various countries. How do you find the regulatory environment of Asia Pacific countries?
The regulatory standards in New Zealand and Australia are recognized worldwide. Over the years, the clinical trial regulations in China have become more aligned with international standards. I am aware that many CROs and pharmaceutical companies are conducting trials in Asia. I would expect that as clinical trial centers in the Asia Pacific region continue to demonstrate the quality of data coming out of their centers, it will be clear that new therapeutics may be developed in this region earlier and even enter the Asian market earlier than in Europe and the US.

Do you think the regulatory environments of the countries need improvement? If so, how can the governments streamline the process?
It would certainly boost clinical trial activities in the region if there is some bilateral or multilateral recognition of the process so that clinical protocols approved in one country get a more rapid passage through the approval process.

In New Zealand, there has been a shift from clinical trials that are mostly all phase III and even post registration trials to more earlier stage, phase I and phase II trials. New Zealand is known for excellent centres for early trials of medical devices especially in cardiovascular disease. New Zealand's clinical trials sector has to leverage its small size as an advantage and position itself as a cost effective stepping stone in a larger plan for product development and market entry. This has worked well with LCT's unique product with no competitor cell therapeutic in close range.