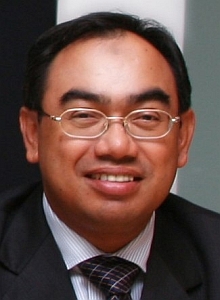 Dato' Dr Mohd Nazlee Kamal, is the chief executive officer (CEO) of the Malaysian Biotechnology Corp (BiotechCorp), which is the lead development agency for the biotechnology industry in Malaysia. Dr Kamal in his interview to BioSpectrum speaks about the various developments taking place in the Malaysian life science industry. Following are the excerpts from the interview.

Malaysia's east coasts have been a favorite of international investors with each looking at our coastal waters to further enhance the agricultural biotechnology sector. It was during BioBoston 2012 that we announced Darden as one of our BioNexus status recipients, a status accorded by BiotechCorp to biotechnology companies. Darden has investment over $600 million (RM1 billion) in lobster hatchery.

A further development to KBP is Korea's CJ CheilJedang and France's Arkema SA investment of RM2 billion in what is to be Asia's largest biorefinery complex in KBP. The bio-methionine plant project involves the development of Korea's CJ CheilJedang (CJ)'s bio-methionine plant and France's Arkema's thiochemicals platform to be completed by end of 2013.

What are the value additions that Malaysia is providing to international clients that are looking to enter into Asia market?
Malaysia possesses innumerable factors that in collaboration with respective parties will be able to create biotechnology products of high value that meet local and international demand. In agricultural biotechnology, we focus on natural products discovery and commercialization, aquaculture, crop technology and livestock.

Malaysia's unique biodiversity and abundant natural resources offers competitive advantages that are being capitalized on for the sector focus development. Our country is one of the 12 mega-diverse countries in the world and our forests are host to an estimated 15,000 flowering plant species and 185,000 animal species, accounting for nine percent of the world's total respectively.

In healthcare biotechnology, the focus areas are contract research organization (CROs), contract manufacturing (CMO), drug discovery and drug delivery, bioinformatics, therapeutics, medical device and diagnostics and biopharmaceutical. Approximately 72 manufacturers in Malaysia are licensed by the drugs control authorities (DCA), around 30 are licensed to manufacture prescription medicines, while the rest produce over-the-counter medicines. Some 140 manufacturers are licensed to produce traditional and herbal Medicine in Malaysia. Malaysia has the potential to be the engine that drives biotechnology in areas of biopharmaceuticals, medical devices, contract manufacturing, active pharmaceutical ingredients, clinical trials and other subsectors in the industrial and agricultural biotechnology.
In Industrial biotechnology, biocatalyst, biopolymer, bioremediation, biofuel and fine and specialty chemicals remain our focus. Easy access to abundance of palm oil biomass, puts our investors at a strategic advantage. With 80 million tons of solid oil palm biomass to be tapped, Malaysia is capable of becoming a centralized region of biomass-based industries for higher-value applications such as pellets, biofuels, and biobased chemicals.

Malaysia is fast becoming the regional hub for industrial biotechnology, which is highly dependent on access to biomass and tropical raw materials as its feedstock. In addition, Malaysia now also has the potential to become the pioneer in the production of green essential amino acids (EAA), L-methionine. This new development will become a strategic element to the entire bio economy ecosystem in Malaysia that would help create a whole new mindset based on bio economy or green chemistry, which is friendlier to the environment, minimizes waste, reduces energy consumption and utilizes renewable resources as feedstock.

What are the programs for life science education and how is BiotechCorp boosting the graduates to take up career in this field?
Several programs have been initiated by BiotechCorp to boost the interest and quality of the graduates and biotechnology workforce. A few prominent among them are the Biotechnology Entrepreneurship Special Training Program (BeST) Program and BeST at KRIBB, which is an extension of the BeST programme whereby eight graduates who had completed their training at BeST were selected to join KRIBB Training Programme Malaysia Commercialization Assistance Program (CAP) to help advance the market readiness and potential of Malaysian biotechnology entrepreneurs.

What is Malaysia doing to boost its R&D profile? What are the upcoming projects in R&D?
In ensuring the steady developmental pace of transformation of the country, Malaysia has, in its profile several projects and initiation which are underway to boost the R&D core for the industry. Under the BioNexus Program, high-end research labs and units are made available throughout the country in various institutes of higher learning (IHLs), research institutes (RIs), technology parks, incubators, and government-linked companies (GLCs) to encourage in depth research and innovative creations within the community. These labs and units have been carefully selected by BiotechCorp to ensure industry access to services, equipment, and facilities.

One of the technology platform acquired by BiotechCorp, the Center of Marker Discovery and Validation (CMDV) is using the marker assisted selection (MAS) technology, enables scientists and plant breeders to systematically organize a plant breeding program to select the desired traits and expedite the process in a reduced time period. Three R&D projects which are currently undertaken at CMDV are rice, watermelon, and goat program.

A huge initiative of the government, the Bioeconomy Initiative Malaysia (BIM), which was launched last year as a strategy to transform Malaysia into a high-income nation by 2020, complements the National Biotechnology Policy (NBP) and is set with 20 Entry Point Projects (EPPs) that have been carefully detailed out in each of the three bioeconomy labs conducted within a span of 6 weeks in March and April 2012. The EPPs encompass the industrial bio inputs, bio-based chemicals, biomaterials, bio-based farm inputs, high value bio-ingredients, high value food varieties, biosimilars, drug discovery, molecular screening and diagnostics, and stem cells and regenerative medicine.

BIM, which is led by the Ministery of Science, Technology and Innovation, and is faciliated primarily by BiotechCorp, is anticipated to generate gross national income (GNI) of $1.18 billion (RM3.6 billion), $3.28 billion (RM10 billion) in investment and more than 16,000 employment by 2020.