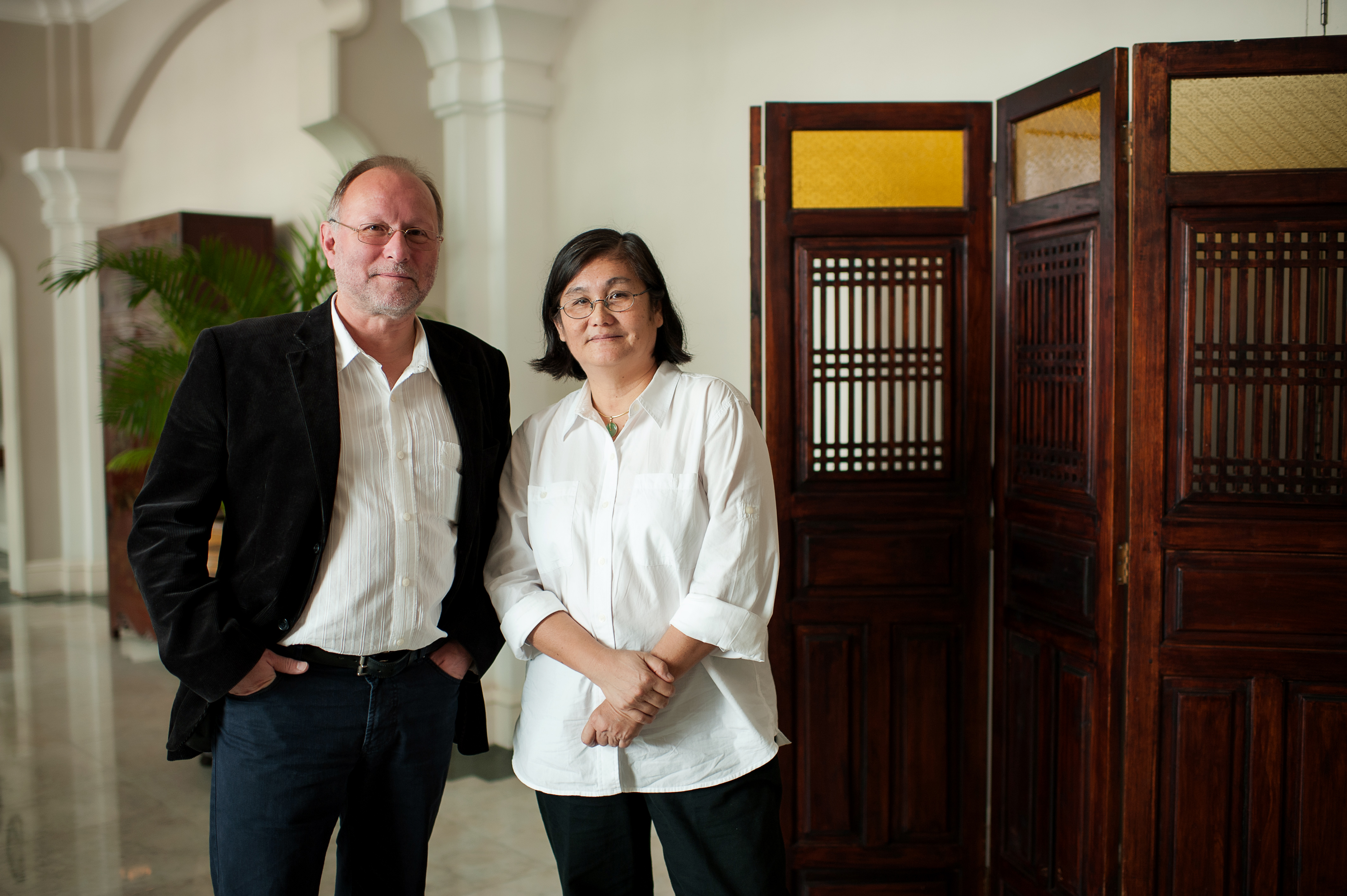 Developing bivalent bivalent virus like particle (VLP) vaccine against hand, foot and mouth disease (HFMD) is a scientifically complex process, but once achieved it would result in a more efficacious and safer vaccine.

Targeting a billion dollar market, Sentinext Therapeutics, founded by Malaysian scientist Dr Jane Cardosa and Mr Peter Wulff, a seasoned biotechnology entrepreneur who has acumen to successfully launch start-up companies in Europe, has taken up the onus to develop a VLP-based vaccine that will protect against 95 percent of viruses causing HFMD in comparison to EV71 vaccines that give protection against only 65-75 percent of viruses.

Sentinext Therapeutics CSO Dr Jane Cardosa has worked extensively on tropical diseases and viruses such as EV71, dengue and viral encephalitis.
She was involved in designing and constructing virus-like particles for HFMD vaccines to trigger production of necessary antibodies to fight the viral infection.

Many species A enteroviruses can cause HFMD, but large outbreaks have been most commonly associated with the serotypes Coxsackievirus A16 (CVA16) and the Enterovirus 71 (EV71). Approximately 65-70 percent of cases in South East Asia are currently caused by EV71 and 30-35 percent by CVA16.

The VLP-based vaccine is intended to protect against 95 percent of viruses causing HFMD in comparison to EV71 vaccines that give protection against only 65-75 percent of viruses. Targeting the two major viruses, EV71 and Coxsackie virus A16, that cause HFMD in the Asia Pacific region, Dr Cardosa has taken approach of bivalent formulation that will facilitate protection against both the viruses.

"Up to 35 percent of the HFMD cases during outbreaks are caused by CVA16, whereas, all competing vaccines are monovalent EV71 vaccines. This gives an advantageous platform to bivalent vaccine as an EV71 monovalent vaccine will not protect against HFMD caused by CVA16 and virological diagnosis will be required in efficacy trials. Bivalent HFMD vaccine will facilitate efficacy trials with protection against HFMD as the clinical endpoint," says Dr Cardosa.

Based in Malaysia, Dr Cardosa and her team has garnered support of internationally acclaimed scientific advisers, and has developed strong collaborations in the US, Europe and Australia. The start-up company is conducting research and development activities, as well as manufacturing and is taking the vaccine through regulatory process with the European Medicines Agency (EMA).

Dr Cardosa has won the confidence of investors through her commitment to develop a better vaccine for public health and developing them under stringent compliance. Sentinext is manufacturing the vaccines under EMA compliant European manufacturer utilizing single use bioreactors, Single Master Cell Bank, following GMP, used for recombinant baculoviruses expressing EV71, CVA16.

Highlighting the technical aspect of better quality of the vaccine over others, she says, "There is no manufacturing safety issues as the recombinant product are not infectious and does not pose safety concern to manufacturing personnel and community, unlike inactivated vaccine. Inactivation methodology has risk of being incomplete with residual live virus and does not interfere with detection of residual live virus. This is a substantial barrier to regulatory approval in sophisticated markets."

For developing HFMD vaccine, Sentinext has adopted "plug and play" molecular design allowing control over capsid amino acid sequence, and keeping up with changes in circulating strains. "Coding sequences are DNA not enterovirus RNA which is prone to mutation and generates a quasispecies population of virions. This allows Sentinext to change genotype composition of vaccine if evolutionary divergence takes place requiring a change in vaccine composition. It also provides the option of formulating the vaccine with more than one serotype, she explains.

Dr Cardosa has achieved proof of concept and efficacy in a monkey model and she mentions that Sentinext has the only EV71 vaccine with data on protective efficacy in primates.

Sentinext is on the helm of advancing through clinical phase I and II studies in Europe and Asia. Sentinext is planning to develop strategic alliance with one of the large vaccine companies by 2016 and in the time frame of two to three years, the company is aiming to generate pediatric efficacy data with its bivalent EV71/CVA-16 vaccine demonstrating superiority over monovalent inactivated EV71 and cost competitiveness through scalable manufacturing GMP technology.