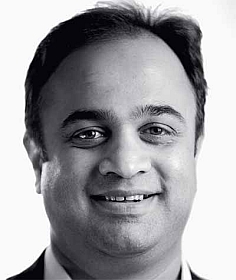 With the experience of scientists having discovered the optimum medical therapeutic utilizing the nucleus of regenerative medicine - stem cell therapy, founders of India and Asia's first dental stem cell bank set out on a path of innovation in medical sciences.

Stem cell preservation has gained popularity in the treatment of many degenerative diseases like arthritis, diabetes, skin, bone, liver and eyes related disorders. Chancing upon the golden idea of using an individual's own dental stem cells for treating therapeutic cases such as stroke, corneal injury, spinal cord injury, arthritis, juvenile diabetes, founders of Stemade Biotech have received a phenomenal response since their early inception in 2009.

As per clinical research conducted earlier, stem cells from dental pulp can give rise to any tissue found in the body, so its potential for medical applications is said to be enormous.

Located in India's business capital - Mumbai, Stemade preserves unique dental stem cells if an individual needs stem cell treatment in the future. Founders, Mr Deepak Ghaisas and Mr Shailesh Gadre have already started over 500 collection centers called Stemade Smile Clinics in many Indian cities. The company has the backing of over 2000 doctors, who are actively supporting the concept. Over 10 percent of the company's customer base is of doctors who have chosen to bank stem cells of their children or even themselves with Stemade.

Popular in the US and Europe, Stemade launched Asia's first dental stem cell bank after licensing patented technology of dental stem cell banking from a European company - Institute Clinident Biopharma for the Asia Pacific & Middle Eastern market. This advent was backed by detailed analysis of the market and the technology and more importantly, its potential in the Asian and Middle Eastern demographies.

"Dental Stem Cell Banking is an innovative technology which involves storage of stem cells obtained from the teeth of an individual for future. Children lose their milk teeth as a part of growing up. These children can give one of their 'about to fall' milk teeth for securing their future," explains Mr Deepak Ghaisas, chairman of Stemade Biotech Pvt. Ltd and the co-founder of Stemade Biotech Private Limited Group.

What made the company's concept unique was that dental stem cells are available vast in numbers in Asian demography and the process of extraction and storing is quite easy. It takes close to ten minutes, is simple, painless, highly efficient and as Stemade's founders point out, involves no ethical complications whatsoever. "It involves a simple process of extraction of the tooth. Dental stem cells, unlike embryonic stem cells are non-controversial adult stem cells. They are demonstrated interactivity with biomaterials, making them ideal for tissue reconstruction. Furthermore, dental stem cells are expandable and they can be multiplied under controlled conditions," Mr Ghaisas explains.
The benefit of the technology offered by Stemade Biotech is that the extraction of viable stem cells from the milk teeth and wisdom teeth are carefully preserved in cryogenic tanks at a temperature below -150 degrees. In contrast to umbilical cord blood banking where stem cells are obtained from the cord of a newly born child, this innovative option allows an individual a larger window to harvest and store stem cells that can be used to repair and cure tissue and organ related diseases like bone, cartilage, liver, diabetes, arthritis amongst others.
Mr Shailesh Gadre, Stemade's Founder and Managing Director also explains that the collected dental pulp stem cells are found in both, baby teeth or the milk teeth of children in the age group of 5-12 years and permanent teeth of young adults below 30 years of age. "Preserving eliminates the need to find a suitable donor and associated complications. Our pilot was launched in 2009 and then commercially launched in November 2010. We received 300 registrations in our first year of launch but that involved an educational drive and awareness programs for doctors," he points out.
The company has over the last two years conducted over 300 Continuous Medical Education (CME's) and Round Table Meetings (RTM's) and has set up tooth collection centres by expanded to other metros in India like Delhi, Pune, Bangalore, Hyderabad, Chennai and Chandigarh.
Stemade is fully funded by the promoters with Mr Deepak Ghaisas as the principle investor. The investment has been significant since Stemade has invested in licensing this technology, undertaking a technology transfer to the Chennai facility, training of the people to process samples, managing logistics, investing in sales and marketing including doctor CMEs and direct to customer campaigns, setting up tooth collection centres.
Currently the company has major plans of launching its services in 50 more cities before the end of the financial year 2013-14. Of the 50 cities, the company has already launched services in 15 cities like Chandigarh, Ludhiana, Ambala, Nasik, Nagpur, Salem and others will follow soon.
On the Asian front, the company says that it is actively looking at collaborating with organisations that are coming up with products and procedures using stem cells. By the end of 2013, it expects to reach 1,00,000 registration and Stemade is in talks to launch operations in Singapore, Malaysia, Australia, Middle East, China and Korea.
Speaking about the main challenges that lie ahead for the company, the founders believe that creating awareness amongst customers is the core hurdle they are aiming to overcome. Further, they are looking at busting some of the current misconceptions associated with stem cells in people's minds.

The private stem cell bank charges customers for registration, processing and storage and has various payment plans that customers can avail. It has leased out the facilities of LifeCell International for the processing and preserving of the samples. The company boasts of credentials like the ISO Certification, AABB (American Association of Blood Banks) Accredited Stem Cell Bank, GMP and US FDA approval.