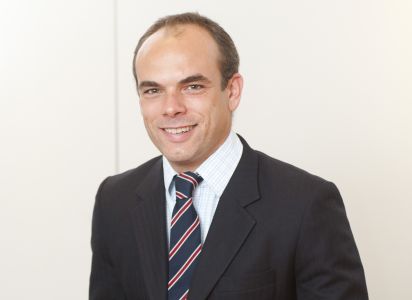 Elastatherapy is a technology that has the potential to reverse ageing process and enable skin regeneration. The technology uses human protein Elastin to naturally repair and augment skin, a fine innovation for overcoming surgical excision of burns and scar tissue.

Australian company Elastagen, which was founded in 2005, pioneered the scientific understanding of elastin and the "elastagenesis" process, which is the formation of the elastic fibres found in the skin and other elastic tissues, such as blood vessels, lungs and elastic ligaments. The company is also capable of scalable commercial GMP-compliant manufacturing of full length recombinant human elastin.

The company received seed funding from ATP Innovations and also received an exclusive licence to the Elastin technology from the University of Sydney, Australia, which enabled it to complete proof-of-concept formulation and production activities. The commercially and clinically focussed phase of the company started in August 2008 following a Series A financing from leading Australian investors GBS Ventures and Brandon Capital Partners along with ATP Innovations.

Founding scientist Professor Anthony Weiss is leading head of Elastin Laboratory at University of Sydney and has been researching on elastin since early 1990s. Prof Weiss is internationally recognised as a scientific leader in the field and has pioneered technologies for the production of recombinant human elastin; its formulation into a range of biomaterials; and its application in diverse clinical areas, such as repair of blood vessels through to anti-ageing skin products. Both clinicians and established companies in the medical and cosmetic dermatology arenas have taken interest in elastin technology and its applications.

"Elastin offers a new generation of treatment in anti-ageing therapy, after Hyaluronic Acid (HA) and Botulinum toxin type A, which are now central tools in cosmetic dermatology.

Skin elasticity deteriorates with age due to the progressive loss of the Elastin protein, one of the three key proteins associated with youthful skin. Two of these proteins, HA and collagen, are already used in cosmetic and medical dermatology, but the potential for elastin has remained untapped and offers a new innovation in anti-ageing therapy," says Prof Tony Weiss, founder and consultant scientist, Elastagen. The company is currently conducting multiple clinical studies to evaluate the potential of its Elastin formulations to augment the skin and restore elasticity in both cosmetic and medical dermatology applications.

Elastagen is on its way to achieve CE mark approval for the technology. By the end of 2012, Elastagen plans to develop a presence in Europe and develop its clinical activities by 2013. It plans to expand in the US market after covering Europe.

"Asia is also a significant market in skin care and cosmetics and, following our activities in Europe, we will explore potential avenues and partnering opportunities to expand our presence into this market," says Mr Robert Daniels, director & CEO, Elastagen.

"We plan to work closely with clinicians as ultimately we would hope to work with an established sales and marketing organisation with a strong presence in the cosmetic and medical skin care space," says Mr Daniels, elaborating on the marketing plans.

Elastagen is looking forward to carefully assessing the investment required to take full advantage of the potential of the elastin technology and managing the company's growth internationally. The company plans to choose investors and partners to work with in Europe, US and Asia and to successfully develop its products with consideration to clinician engagement, regulatory approval and commercialization specific to each market.