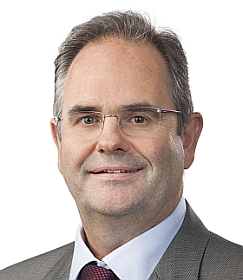 Valentine's Day, which is marked as a day to commemorate the death anniversary of Saint Valentine, saw the birth of a very promising early stage biopharmaceutical company in Australia named Helmedix. The firm is aiming to develop novel therapies for autoimmune and inflammatory diseases such as rheumatoid arthritis, colitis, psoriasis and multiple sclerosis. The start-up was launched with investment from Australia's Medical Research Commercialization Fund (MRCF).

The company will develop therapeutic peptide drugs based on the intellectual property from the University of Technology Sydney (UTS)'s ithree institute. Dr Sheila Donnelly's, lecturer, UTS, revealed that research programs at UTS are focused on elucidating how helminthes parasites are successful at infecting and surviving in their mammalian hosts. This has resulted in the characterization of a number of molecules that are secreted by the parasites and which modulated the host immune response in order to dampen the normal protective response. The activity of these molecules allows the parasites to survive within the mammalian hosts for many years.

Dr Stephen Thompson, director, Helmedix, said, "The profile of the mammalian protective immune response is similar to that activated in a number of immune-mediated diseases. So we were prompted to ask whether these parasite-secreted molecules might also be able to inhibit the immune responses that are known to be responsible for autoimmune diseases such as type 1 diabetes and multiple sclerosis. As developed societies have reduced the incidence of parasitic infestations, the rate of allergies and autoimmune diseases has dramatically increased. In developing nations where such parasitic infestations remain endemic, the incidence of allergies and autoimmune diseases is relatively low."

The company has been cleverly named Helmedix as it was born out of the idea that proteins derived from helminth parasites (Hel) could be used to develop medical therapeutics (Medix). Dr Thompson said, "We developed this name over the course of a few weeks and tossed around quite a few ideas." Dr Donnelly has identified a number of immune modulating peptides derived from parasitic helminth worms, one of which is effective in suppressing the inflammatory response of the host and has shown therapeutic potential in a mouse model of type 1 diabetes. This immune modulating activity indicates potential for broader application in a variety of autoimmune diseases. Dr Thompson mentioned, "The Microbial Imaging Facility at the ithree institute will provide OMX super resolution imagery. This will provide an unprecedented view of the interaction of the helminth-derived peptides with cells of the mammalian immune system."

The company has managed to secure $1.28 million (A$1.25 million) from the Medical Research Commercialization Fund (MRCF). MRCF is an innovative investment collaboration that invests in early stage development and commercialization opportunities emanating from Australian medical research institutes and allied research hospitals.

Talking about the funding, Dr Thompson said, "As a member of the MRCF, the i3 Institute was eligible to present Helmedix as an investment opportunity for the MRCF. After a process of review and due diligence by the MRCF's manager, Brandon Capital Partners, the investment proceeded. The review process is a collaborative one, and the Helmedix team was able to tap into the collective knowledge of an investment committee made up of representatives from all 32 member medical research institutes from around Australia and to present to the MRCF Board. In addition, Brandon Capital Partners provided feedback as to what would make the Company an attractive investment opportunity for the MRCF."

As well as accessing the MRCF collaboration at the start of the investment, Helmedix will also have the opportunity to re-present to the MRCF investment committee as the technology is further developed and access the other member institutes for input and potential research collaborations. Dr Thompson, while praising the MRCF, said, "The fund offers a unique structure where all member institutes will benefit from successful investments and are motivated to help each investment succeed. In addition, there is a strong collaborative attitude amongst the MRCF members which benefits each of them. Helmedix is a great example of the type of early stage opportunity that the MRCF is set up to support."

While the MRCF investment will help to progress lead optimization and pre-clinical development of the immune modulating peptides over the next two years, Helmedix will subsequently seek further investment or industry partnerships to move the helminth-derived peptides through clinical development as a treatment for autoimmune and other inflammatory diseases. Dr Thompson said, "The MRCF does not have a fixed payback time-frame and has the flexibility and risk-tolerance profile to enable investment in relatively early-stage opportunities." The MRCF has some of Australia's leading superannuation (pension) funds as institutional investors as well as the Australian Government under its IIF scheme with returns expectations no different from any other venture fund. "What these superannuation funds gain through the MRCF is unique access to cutting edge technologies from Australia's leading medical research institutes at the stage of seed investment," added Dr Thompson.

Many of the planned activities of Helmedix will be undertaken in the labs of Dr Sheila Donnelly and her team at the i3 institute with some additional recruitment of support staff. The company is also planning to take advantage of CROs where beneficial. Dr Thompson mentioned, "The i3 institute at UTS brings together an internationally competitive team focused on addressing key challenges in the understanding and control of infectious diseases in humans and animals. The institute's innovative science uses a systems biology approach to develop a greater insight into basic biology and its application to the diagnosis, treatment and prevention of infectious diseases."

Dr Thompson hopes to see the first clinical trials to happen within a few years. For 2013, the focus is on lead optimization and pre-clinical development of the immune modulating peptides, for which some of the work would be undertaken at the i3 institute and some outsourced to CROs. Dr Thompson concludes by saying that the program commenced at the time of investment and the program at this early stage is progressing as planned.