â€œChinese generics market has no strategy for international playersâ€

â€œChinese generics market has no strategy for international playersâ€ 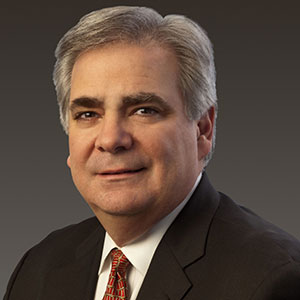 Singapore: In the last one year, Actavis has been aggressive in expanding its presence in Asia and the company was on an acquisition spree. Marking a direct presence in Asia, Actavis launched its Asia Pacific headquarters in Singapore this year to centralize its regional operations and strategize the emerging markets of Southeast Asia.

The acquisitions have been instrumental for expanding Actavis' presence. Grabbing a strong market in Thailand, Actavis acquired Silom Medical Company, a privately held generics pharmaceutical company for approximately $100 million. Silom Medical is one of Thailand's leading generic pharmaceutical companies, developing more than 25 products in various dosage forms for more than 4,400 hospitals, clinics, and drugstores throughout the country.

Later this year, Actavis acquired Forest Laboratories for $28 billion in cash and equity transaction to establish a strong profile in CNS, gastroenterology, women's health, urology, and cardiovascular Therapeutic categories. However, Actavis made a twist in the tale and marked an end to its business in the fast growing generics market of China. Actavis decided to exit from China because of its difficult business climate and unfriendly environment for foreign investment in generics space.

In an exclusive interview with BioSpectrum Asia, Mr Paul M Bisaro who acted as the company's chief executive officer from September 2007 to July 2014 and is currently the executive chairman, talks about company's strategies and moves in Asia and Actavis' plan to further grow in the region.

Why has Actavis been so keen on acquisitions? Is acquisition a better model to have access to a wider product profile or market reach?

Actavis has a growth strategy that includes maximizing the value of a product, high spending on research and development, and a high quality operation system. These elements have helped us to generate surplus funds which Actavis disposed to expand its global presence. Actavis has integrated the strategy of growth through acquisition as well as independent organic growth model and both combined have formed the success route.

Why did you decide to exit China when most of the pharmaceutical companies are keen on strengthening their presence there due to strong market potentials?

We have left China because as a generics company we did not find it lucrative enough to operate and expect return of investment. The challenge in China is that local players have added advantage over international players and this makes it tough for an international player to expect growth in the region.
Rest of the global pharma companies are still operating in China but the difference is between branded vs generics. The Chinese generics market is dominated by the local players and there is no strategy for international players.
Most of the countries are receptive to investment in the region but China has been a tough market. Japan has also been challenging because of a low generics market but most countries welcome investment as it brings in an opportunity for good employment and growth.

Actavis has been in Asia for long but made its direct presence in the region by launching its Asia Pacific headquarters quite recently. What is Actavis' plan for the region?

Actavis has been present in Singapore under the name of Drug House of Australia that we acquired in 2011. In the region, we have 2,600 employees, we generated annual revenue of $250 million and we are on the growth track.
Since we are now directly operating in Singapore, which has the right business environment and all the elements you need to have a successful operation, we are optimistic that Actavis will be able to garner further growth in Asia. We have access to manpower, high quality and skilled employees and infrastructure. This operation is for coordinating the whole project to make sure that the right products are delivered to the right country and boost our global business in branded as well as generics and over the counter products.

What is your manufacturing presence in Asia?

We have manufacturing operations in Singapore, Indonesia, Thailand, and India as well as those that came through acquisition. The manufacturing unit in India, operational since 2007, has the capacity of 5 billion units.

Are the drugs manufactured in Asia exported to the global market as well?

The manufacturing sites in Singapore, Jakarta, and now Thailand do not export outside the region because the capacity is on a lower side. But the drugs manufactured in India are only for export. Globally, we manufacture 45 billion units and from India we are exporting about 5 billion units annually. We have plans to expand our manufacturing presence in Bulgaria, the US, the UK, Iceland, and Italy.

How significant is Asia for Actavis as a consumer market?

We achieved around $250 million annual sales in the region and now, we are striving to make a difference by producing what the market actually needs. Asia's pharmaceutical market is on the rise as expenditure on health is growing high, awareness is increasing and healthcare is becoming an area of concern. Now people have the disposable income to buy drugs through reimbursement programs or a private insurance system.

How do you see Asia's regulatory environment evolving and has it progressed with the growth of the pharmaceutical industry?
The regulatory framework in Asia has definitely stabilized and this made the task of launching a product in the market much simpler. Actavis ensures that all the units comply with global quality standards and adhere to high benchmarks whether it is set by the US, European, or Brazilian regulatory agency. Countries that have been able to stabilize their regulatory structure are now able to reduce their healthcare expense through faster launch of pharmaceutical products and easy access to necessary medicines.

Asia is home to competitive generic players and local companies are exporting generics drugs to the US and European markets. Do you face intense competition with local players who have the advantage of low cost production?
Generics market is already strong and we do face competition in global market as there are a couple of players active in this region. However, one of the problems that local companies face is that they have to spend similar amount that we do on research and development and production and since they are operating in a limited market, it is hard for them to grow exponentially. We are able to bring more assets with our presence in global countries. For instance, we do face competition with Indian generics players such as Cipla, Dr Reddy's and Worckhardt but there is no challenge as we still offer better value to patients.

What are your activities in research and development? Can you elaborate about your focus on branded and generics drugs?
Actavis spends over a billion dollars annually on research and development, which is fairly split between generics, biosimilars, and branded drugs. We have five active biosimilar projects out of which one is our own and four are in partnership with Amgen.

In the war of generics and branded drugs, what are the pharmaceutical companies inclined towards?
The pharma industry is growing towards generics as well as branded drugs and hence even branded drug developers have ventured into the generics space. The idea now is to blend the models and each company has its own focus and strategy over branded as well as generics. Actavis as a pharmaceutical company wants to deliver the right product, depending on the regulatory requirements and government plans. If a country is looking forward to bring down healthcare costs, generics are the way while some countries are keener to bring innovative products into the market.

How do you see the regulatory guidelines evolving for biosimilars in the international market?
Regulations in biosimilars are not clear enough for developers and in some countries, regulations are not strict enough. Still European regulatory guideline is much ahead of the most and Canada is also progressing well, however, US is way behind and some countries don't have regulations at all.