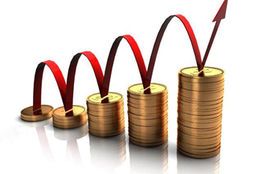 Mr David (Xiaoying) Gao, chairman and CEO, China Biologic, said that, "In the first half of 2013, despite increased import levels in China of foreign human albumin, domestic pricing across our plasma portfolio remained largely stable as the overall market continues to show steady signs of growth, however we will continue to closely monitor market trends related to albumin import volume, and will adjust our pricing and product shipments accordingly. In the coming quarters, we aim to preserve our margins through transitioning to a more profitable product mix and implementing efficient cost control measures."

Mr Gao also said, "During the second quarter, our new plasma station in Cao County, Shandong Province commenced plasma collection operations. Additionally, our Shandong Taibang production facility obtained renewed GMP certification from the China Food and Drug Administration (CFDA) at the end of June, ahead of schedule. Additionally, in Guizhou, we halted production at this facility on June 1st as planned and remain on track with the facility upgrade plan. We currently expect to resume production at Guizhou Taibang in the first quarter of 2014."