Molecular diagnostics is key to future 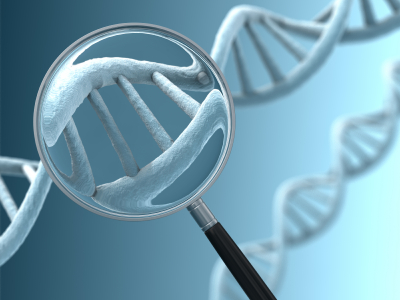 Molecular diagnostic enables understanding of diseases at much earlier stage, which is not possible using traditional methods

Asia-Pacific molecular diagnostics market is poised for rapid growth owing to high prevalence of diseases, increase in the aged population, economic development, and the rising need for better healthcare services.

"Newer, automated technologies have transformed the way physicians detect and diagnose cancers and genetic diseases at an early stage," says Ms Gulifeiya Abuduxike, Frost & Sullivan healthcare industry analyst. "This has also paved way for personalized medicine, which can identify the predisposition of a patient, disease based on genetic variants, and target therapy at the right time."

Molecular diagnostic enables understanding of diseases at much earlier stage, which is not possible using traditional methods. Molecular diagnostic also facilitates understanding of gene pattern and detecting of cell behavior. Such resources prove most useful in tracking cancerous cell growth. Besides, the method is also gaining application in detection of diseases at the fetal stage and indicates any abnormalities in a child that may occur after birth.

Genetic based molecular technologies are striding ahead in Asia and several research institutes and companies are developing genetic diagnostic platform to provide cost effective, speedy and accurate diagnosis of diseases that have been so far difficult to analyze. Research institutes in China, Singapore, Japan, and India have developed some unique technologies for diagnosis of diseases at early stages, creating opportunities for disease prevention and early disease management.

Conventional prenatal screening tests, such as maternal serum tests and ultrasound scan, have limited resolution and accuracy, for detecting any fetal abnormalities. Traditional prenatal serum screening has high error rates, and invasive prenatal testing comes with a risk of miscarriage or infection. China-based Berry Genomics, a start-up company, has developed a novel and non-invasive prenatal detection technology to reduce the birth defect rate in China. Berry Genomics sequences cell-free genomic DNA from maternal plasma, which contains fetal DNA, and looks for an over representation of DNA from certain chromosomes.

Similarly, fetal chromosomal aneuploidy disease is one of the most common birth defects, and is a leading cause of death for infants during the first year of life. Patients with fetal chromosomal aneuploidy tend to have some impairment of cognitive ability and physical growth as well as abnormal appearance, including facial features, limbs, internal organs, among others.

INEX, a women's health diagnostic company in Singapore, has built a next generation sequencing facility to offer a suite of molecular genetics tests, starting with a non-invasive fetal trisomy (NIFTY) test from BGI to detect fetal chromosomal abnormalities in pregnant women.

Molecular diagnostic is undergoing a paradigm shift to understand and detect various diseases that could later turn into severe social and economic burden. For instance, with increasing number of cases of novel influenza A (H1N1) in many countries around the world, there are chances that influenza virus may spread to other countries as well in future.
Estimating the need for faster methods to detect the virus before it spreads, Japan-based RIKEN Omics Science Center, in cooperation with Institute of Medical Science at the University of Tokyo, is developing an H1N1 detection technique based on its SmartAmp technology. SmartAmp (Smart Amplification Process) reduces the gene typing test time to half an hour, and with the precise results, genetic diagnosis can be carried out immediately upon initial consultation. Using this technology, the Omics Science Center has developed methods for detecting the regular seasonal influenza A virus.

"Omics researchers are currently applying SmartAmp to the H1N1 virus, and they are developing reagents for virus detection and optimizing conditions of the reagents. Once optimization is complete, tests will be performed on actual samples from patients at the Osaka Prefectural Institute of Public Health," explained Dr Toshihisa Ishikawa, professor of Biochemistry, Omics Science Centre, Japan.

To undergo screening, a customer needs to register with Jai Health and receive a Jai Health kit with a buccal (mouth) swab, a simple, quick, non-invasive and painless way to collect a sample of person's DNA. The sample is returned to Jai Health in a prepaid envelope and within four weeks. Jai Health, after carrying out the tests, informs the patient of any genetic risk related to heart disease which can develop in the next 10 years.

"JaiHeart can give a signal of risk long before heart disease becomes symptomatic. This will help patients and doctor initiate the necessary lifestyle changes, further investigations and medical interventions to reduce the risk of a heart attack," said Mr Sanjay Kakkar, chairman and founder, Jai Health. The test kit has its possible applications in heart disease, diabetes and other chronic diseases.

Singapore-based Anovasia has developed technology called 'molecular painting' to facilitate genetic diagnostic for several diseases. Molecular painting can be applied in the research lab or developed as a tool for improving vaccines; in purifying and isolating viruses and micro-vesicles; and in targeting and increasing transduction of viral gene delivery vehicles.

In diagnostics, molecular painting reagents can be mixed into clinical or biological samples to tag, isolate (concentrate/purify), detect and quantify viruses, which cause infection; or tag exosomes that may signal a certain disease status. In vaccine development, molecular painting reagents can be used for immunomodulation purposes by signaling and targeting vaccine agents to specific immune cell types that are better able to give an immune response, such as dendritic cells and other antigen presenting cells. In the domain of gene therapy, MP reagents can be used to direct or re-direct the pathway of entry for the gene delivery vehicle to a chosen target cell.

Frost and Sullivan notes that while these advanced, automated and integrated technologies widen the application scope of molecular diagnostics, they also lead to high test costs, which are unaffordable to huge sections of patients in Asia-Pacific. Besides, lack of healthcare insurance and reimbursement schemes for diagnostics, which usually are not considered as important as drugs, further limits adoption in the region. The shortage of skilled technicians and insufficient infrastructure adds to the challenge. Physicians and pathologists are not trained to operate genetic diagnostic tools and this creates a gap in understanding the appropriate application of the technology.

"Expanding testing menus and application areas, as well as developing automated instruments through research and development are also crucial," notes Ms Gulifeiya. "Molecular diagnostic companies must look to enhance the accuracy of test results and reduce time consumption," she added.

Frost and Sullivan mentions that clinicians and patients must be educated on the medical value and benefit of molecular diagnostics as well as the need for early detection and preventive medicine. It emphasizes that governments need to establish reimbursements for molecular tests to boost test volumes as well as to reduce the treatment costs.