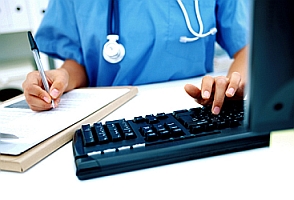 The rising demand for cost containment in healthcare and the need to improve quality of services are driving the growth of the electronic medical records (EMR) market around the world. According to market analyst marketsandmarkets.com, the global healthcare information technology market will exceed $25 billion in 2015 and the substantial growth rate of more than 16 percent in IT spending in healthcare is expected to rise further.

EMR, a part of healthcare information technology, essentially aims to make patient data paperless and computerized in order to increase efficiency of hospital systems and reduce chances of errors in medical records. Although implementation of EMR is a costly business for any country, the business statistics for this domain is stagerring. The global EMR market, at $4,355 million in 2009, is expected to grow to $9,957 million in 2015 at an estimated compound annual growth rate (CAGR) of 14.9 percent between 2010 and 2015.

Dr Kaveh Safavi, MD, North America health, Accenture, while speaking about the presence of IT in Asia's healthcare sector and about the the cost of implementing smarter healthcare delivery systems in APAC, said that only highly evolved nations can afford to spend on IT healthcare.

The Asia perspective
According to analysts Frost & Sullivan, Singapore is likely to go completely paperless in its medical health record system by 2013. It is expected to fully implement the electronic medical record system fully by then. Other key countries in terms of their economies in Asia Pacific are in different stages of development in their movement towards healthcare digitalization. Currently, these countries are integrating the EMRs between hospitals and polyclinics.

Implementation of IT in healthcare in China is being undertaken at the institutional level as part of the country's $124 billion healthcare reform program. The potential is high since an average of 950 patients per physician (compared to 400 patients per physician in the US) are treated at more than 20,000 hospitals in China and most of these are still maintaining patient data on paper.

The South Korean government's push for EMR penetration is taking place through pilot projects such as U-Health, and adoption of EMR at tertiary hospitals has increased from 21.4 percent in 2005 to 77.3 percent in 2010.