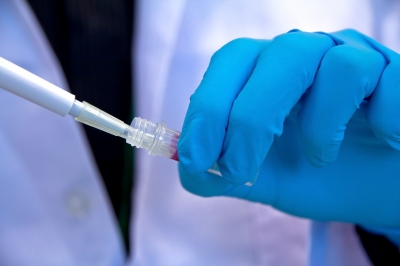 An interesting finding of the BioSpectrum-CMR study is that China and India, along with South Korea continue to account for more than two-thirds of outsourced clinical trials. Over the past four years, BioSpectrum Asia in association with CyberMedia Research (CMR) has been capturing the key broad trends in pharmaceutical clinical and contract research organizations (CROs) in the Asia Pacific region through an annual CRO survey.

The BioSpectrum-CMR Asia Pacific CRO Survey, which is in its fifth edition in 2013, has been at the forefront of identifying the latest trends and issues facing the industry and has effectively captured the perspectives and insights of key stakeholders from the CRO industry as well as from sponsors. As many as 90 percent of the CROs surveyed in the region were confident that the market opportunities for full-service and niche CROs (clinical research organizations) will continue to be robust in the next few years. They all expect to bag significant orders from the Big Pharma and develop more strategic partnerships.

This survey finding should certainly bring cheers in the board rooms of the nearly 300 CROs operating in the Asia Pacific region. Various scandals involving CROs in the region related to mishandling trials, inadequate controls or falsification of data or even deaths of patients enrolled in trials do not seem to have dimmed the overall enthusiasm for the clinical trials industry.

It is clearly evident that pharma companies who are the main outsourcers of clinical trials have been convinced that a few black sheep in the clinical trial industry do not represent the overall industry conduct. Just take the recent scandal from Australia. Even in the highly regulated and respected Australian landscape, a CRO was found to have mishandled and falsified data in a cancer drug trial. This has been treated as an one-off bad case the industry enthusiasm for Australian CROs have not dimmed.

An interesting finding of the BioSpectrum-CMR study, which was done during July-August 2013, is that China and India, along with South Korea continue to account for more than two-thirds of outsourced clinical trials. Australia and Taiwan are also highly competitive market for clinical trials. These countries remain hotspots mainly because of the willingness of patients to enroll in critical trials in large numbers. Some of the regulatory delays in the two major markets of India and China do not seem to have dimmed the enthusiasm for clinical trials. Malaysia, Philippines, Indonesia and Vietnam are also emerging as good locations to conduct clinical trials.

The survey has revealed that majority of the CRO companies in the region are in the $50 million annual revenue range and the ticket size of most trial projects are in the $1-5 million range. There are just a handful of CROs with annual revenues exceeding $500 million. An overwhelming 79 percent of the CROs are full service organizations providing a wide range of services.

The US Regulator, FDA has also made things a little easy for the CRO and pharma industries. In a new set of guidelines, FDA has mandated that clinical trial sponsor companies need not do costly, on-site inspection of trial sites except at high risk locations. Because FDA has concluded that centralized inspection systems are better at detecting anomalies in the trial data rather than physical inspection of sites. This measure should reduce the costs of clinical trials as well speed up the timelines.

Overall, the future looks bright for CROs in Asia in spite of much-publicized regulatory delays and corruptions scandals involving some of the world's biggest pharma companies.

This report, by BioSpectrum Asia in association with CyberMedia Research (CMR), a market intelligence, market research and strategic lifesciences, and innovation advisory firm from Asia Pacific, is based on a primary survey conducted by CMR across the Asia Pacific region. Senior clinical research organization executives from India, China, Malaysia, Singapore, South Korea and Australia participated in the research.

The survey included a mix of quantitative and qualitative research, administered through email, and direct telephonic interviews with senior executives and experts in the Asia Pacific region. In addition, extensive desk research was conducted to complement the survey findings. Individual company data is not made public in this annual report, in keeping with confidentially expected by the participating companies. Aggregate findings are published.