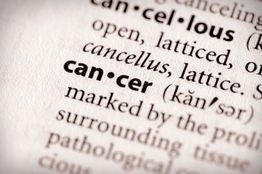 UN: Cancer is the biggest killer

Singapore: Cancer is the biggest cause of mortality worldwide as the killer disease claimed an estimated 8.2 million lives in 2012 and the number of cases is set to rise by 75 percent in coming years, according to a report by United Nations.

Global cancer incidence has increased by 11 percent in four years with an estimated 14.1 million cases in 2012. Cancer cases worldwide are forecast to rise by 75 percent and reach close to 25 million over next two decades.

"The rise of cancer worldwide is a major obstacle to human development and well-being," commented Dr Christopher Wild, director, IARC. "These new figures and projections send a strong signal that immediate action is needed to confront this human disaster, which touches every community worldwide, without exception," stressed Dr Wild.

The World Cancer Report 2014 confirms that inequality exists in cancer control and care globally. The number of deaths due to the disease amongst the world's poor is growing at a faster rate than previously expected. Specifically, by 2025 almost 80 percent of the increase in the number of all cancer deaths will occur in less developed regions.

Unlike the developed countries, a large proportion of cancers in developing nations are caused by infections, such as the human papillomavirus (HPV), which accounts for more than 85 percent of all HPV-related cancer cases. As these countries increasingly adopt a more western lifestyle we are witnessing increasing levels of smoking, alcohol use and a lack of physical activity-all known risk factors for cancer.

Low- and middle-income countries are most at risk of cancer overwhelming their health systems and hindering economic growth, as they have the least resources and infrastructure to cope with the predicted levels of disease escalation. Worryingly, according to the World Health Organisation, only 50 percent of low- and middle-income countries have operational National Cancer Control Plans.

"Governments must recognise the growing cancer burden in their country. The new figures from IARC show that the incidence of cancer globally will continue to grow unless we recognise the threat and act on it now. On World Cancer Day, we demand that Governments around the world move to stop the millions of predicted, needless and premature deaths caused by cancer by developing and implementing a national plan which includes proven preventive and early detection measures," urges Cary Adams, Chief Executive Officer, Union for International Cancer Control (UICC).