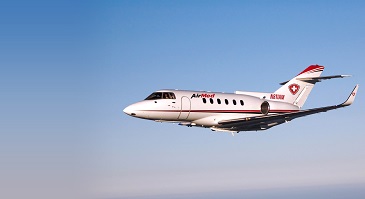 With the hospital industry and the medical device sector gaining traction, Asia's value as a credible healthcare destination is on the rise

Singapore:  Asia is a special destination for those looking for quality healthcare at low cost. BioSpectrum takes a look at some of the hottest destinations that are attracting patients from across the world.

Thailand
Apart from its beaches, Thailand has also gained traction as an important destination for medical tourism in Asia. The country has nearly 37 JCI accredited hospitals including world-renowned hospitals like the Bumrungrad International Hospital in Bangkok, the Bangkok International Hospital and the Bangkok Phuket Hospital. Bumrungrad was the first hospital in Asia to receive international JCI accreditation in 2002. The hospital, that treats nearly a million patients annually, claims that nearly half a million of its patient load are foreigners.

Patients hail from over 190 different countries to seek treatment ranging from comprehensive check-ups to cardiac surgeries, cosmetic enhancements and cancer treatments. In 2014, the entire package of a Coronary Artery By-pass Graft Cardiac Surgery at Bumrungrad Hospital was priced at around $18,440 - the average cost of the entire procedure in the US is about $44,800.
The hospital's spokesperson while talking to a news agency said, "At Bumrungrad, we offer complex surgeries at economic prices. Patients avail high quality services and still have their savings intact."

Bangkok International Patients hospital said that a considerable portion of its patients are foreigners. The hospital has an International Medical Center (IMC) catering specially for overseas patients and also has a team of multi-lingual interpreters to assist foreign patients. The Bangkok Phuket Hospital is famous for sexual reassignment surgery and comprehensive health check facilities. The hospital has equipment to perform full body CT scans and 4D ultrasounds.
Patients also flock to Thailand's oldest medical care center BNH Hospital, which boasts of tending to nearly 75,000 overseas patients annually. Foreigners seek treatment including orthopedic surgeries, ophthalmology, pediatrics and dentistry at the hospital.

As per Patients Beyond Borders estimates nearly 10.8 million overseas patients visited Thailand in 2013, pumping almost $4.7 billion into the country's economy. Apart from world class facilities and hospitals, Thailand is also an abode to some gold spired temples and sun kissed beaches. After complex surgeries, the green surroundings and pristine beaches offer patients a natural way of healing. Thailand was rated as the top destination for medical tourism in the world in 2013 by the World Tourism Organization. Singapore
Although medical care is more expensive than India and Thailand (it is still more than 50 percent cheaper than the US), Singapore draws medical tourists with its world class and familiar medical infrastructure, cleanliness, order, and English speaking medical staff. The Joint Commission International has accredited 15 hospitals and medical centers in Singapore, which offer a variety of services from dental, orthopedics, urology, dermatology, cardiology, sports medicine, ophthalmology, endocrinology, and cosmetic procedures to alternative medicines such as traditional Chinese medicine that includes acupuncture and herbal remedies.

In Singapore, medical tourists spent $630 million last year, a figure likely inflated by the modern city-state's relatively higher costs. Patients Beyond Borders estimates that Singapore draws more than a half million treatment-seekers annually, mostly from neighboring Indonesia, where health systems lag.
Parkway Pantai Hospitals, a group of four major hospitals based in Singapore, namely, Mount Elizabeth Hospital, Gleneagles Hospital, Parkway East Hospital and Mount Elizabeth Novena Hospital, has seen an increasing trend of foreign patients seeking treatment at over the last few years. "Patients from all over the region come to us for immediate, fuss-free access to high quality medical attention, explained Dr Loh. "Besides the high level of comfort, service and privacy offered at our hospitals, our patients also appreciate the peace of mind, timely treatment and service they receive at our hospitals."

Dentistry also draws patients to Singapore. Overseas patients come from Indonesia, Malaysia and Hong Kong and from as far afield as Australia and New Zealand. The practice also has a growing number of patients from Russia, Canada, the UK and US. Typically, international patients seek procedures such as dental implants, crowns, veneers and dentures.

eMenders, a group of more than 50 specialties, is another popular destination for medical travel in Singapore. According to eMenders it is important to differentiate between 'medical tourism' and 'medical travel.' The hospital said in a statement that patients visit eMenders primarily for seeking medical help and not tourism. Raffles Medical Hospital in Singapore is also a famous destination for medical tourists. The hospital offers a range of fixed-price packages, from screening for osteoporosis (about S$100) to total knee replacements. The package price for a coronary artery bypass graft here runs to S$17,500 for up to eight nights' stay with two nights in the ICU.

Malaysia
Patients Without Borders calls Malaysia "medical travel's best-kept secret", noting the widely spoken fluent English and far cheaper medical costs compared to Japan, the United States, Europe and other key clientele sources. Malaysia has eight JCI accredited hospitals for medical tourists to book with. Gleneagles Hospital in Malaysia, is a leading service provider in the country, strategically located in the heart of Kaula Lampur. The hospital's centers of excellence are dedicated to being the most professional centers for provision of highest caliber healthcare services in SE Asia, using advanced treatment and technology to ensure that patients receive the very best medical care within an individually devised program.

The state of Penang in Malaysia is at the forefront of this booming industry, with the government actively promoting medical tourism. The Penang Adventist Hospital is a private hospital that is part of an international network of more than 600 facilities and claims to be the first private hospital in northern Malaysia to have performed procedures such as coronary bypass and laser heart surgery.
"Malaysia is one of the few countries in Asia to be actively promoted by the government," said Dr Mary Wong Lai-lin, chief executive of the Malaysia Healthcare Travel Council (MHTC).

"We want to position Malaysia as the preferred destination for world class healthcare services," said Dr Wong Lai-lin. The MHTC -- set up in 2009 to develop the country's healthcare travel industry -- seems to be having an impact, with 3,30,000 patients visiting in 2010 and the figure more than doubling to 7,70,000 in 2013.

India
India leads the way in orthopedic and cardiac surgeries. The nation's excellent medical care providers, beautiful beaches and ancient temples have all made India join the race with Thailand and Singapore to be listed among the top three destinations for medical tourism in the world in a survey conducted by KPMG and FICCI. Foreign patients have been streaming in the country over the past decade seeking medical assistance. Accurate figures are hard to come by, but in 2014 and estimated 1,50,000 medical tourists were treated in India.

The Indian Department of Tourism estimates that the average cost of healthcare in India is about one-fifth that of the West and multi-organ transplants are done for a tenth the cost in the West. There is 'zero waiting time' for patients which is also a major driver of medical tourism in the country. A bone marrow transplant in India would cost around $26,000 in India, compared to about $2,50,000 in the US.

"Medical tourism has always been a low hanging fruit for India. The country is one among the most preferred destinations globally for Medical Value Travel," said Mr Vinod Y R. "India offers procedures at competitive cost without compromising the quality of clinical outcomes. There is an increasing thrust among Indian hospitals to go for national and international quality assurance certifications like NABH and JCI which eventually helps to attract international patients."

Cardiac care is one specialty that draws patients to India. The country's chain of Fortis hospitals boasts of tending approximately 15,000 international patients annually. Mr Bhatia, said, "We have a pan-India network and have been certified by reputed organizations like JCI and NABH. We have a fully equipped international patient services cell at each hospital in the country. The teams in international marketing take care of all healthcare related problems as well as all other requirements of patients and their companions according to their necessities during their stay in India. Since we receive a large number of international patients with majority of patients from SAARC countries, Middle East, CIS countries, USA, UK, Africa and many more; our hospitals and staff are tuned to specific needs of the foreigners."

Wockhardt has a chain of super speciality hospitals in India and receives a considerable number of medical tourists annually. "Wockhardt has outpaced industry growth in the last two years and we are strengthening our relationship with institutions like Partners Medical International to continuously match best global benchmarks in healthcare service delivery. Countries are recognizing that medical travel to India is not only economical but also with quality benchmarked to the best in the world," said Ms Zahabiya Khorakiwala, MD, Wockhardt Hospitals.

"The Indian medical tourism market clearly has a vast potential for growth and is expected to grow at a CAGR of 30 percent annually making it a $2 billion industry by 2015," said Mr Malhotra. "There are however certain challenges in India's medical tourism when compared to the other Asian countries that are doing good business. The country's poor infrastructure, hassles in procuring visa, lack of government support are some factors that are detrimental to medical tourism success in India," he added.

Emerging destinations
Other Asian nations like South Korea, Taiwan and the Philippines are also emerging as medical tourism 'hotspots'. The FV hospital in Vietnam is a popular medical tourism destination that boasts of treating a considerable number of foreigners annually. While Korea is popular for cosmetic surgeries, Philippines has also begun to cash-in with the government actively promoting medical tourism in the country. These destinations are challenging the traditional players in South East Asia. With huge demand and market, the legal framework for medical tourism in Asia is evolving but needs considerable revamping and government support. With the hospital industry and the medical device sector gaining traction, Asia's value as a credible healthcare destination is on the rise.