Osteoporosis is an emerging crisis in APAC: Report 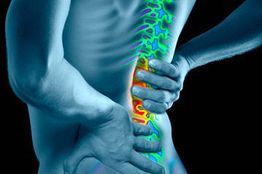 Number of fracture sufferers will rise dramatically in the coming decades

Singapore: A new report, launched by the International Osteoporosis Foundation (IOF), shows that osteoporosis is a looming crisis throughout the Asia Pacific, with the number of fracture sufferers to rise dramatically in the coming decades.

Produced with the support of an unrestricted educational grant from Fonterra, the report, Asia Pacific Regional Audit: Epidemiology, Costs and Burden of Osteoporosis in 2013 aims to generate a better understanding of the state of bone health in Asia Pacific and the impact of this growing health concern across the region.

Despite the urgent need for increased attention on osteoporosis risk, treatment and prevention, only four out of the 16 countries covered in the audit have officially designated osteoporosis as a national health priority (Australia, Taipei, Singapore and China)

Speaking about the results, Ms Judy Stenmark, CEO, IOF, said that despite the high prevalence and impending health crisis in the region, osteoporosis remains an under-diagnosed, under-treated and under-resourced disorder, placing a serious human, social and economic burden on all Asian countries.

"The incidence of hip fracture has already risen two-to-three fold in most Asian countries during the past 30 years and we expect that by 2050 more than 50 per cent of all osteoporotic hip fractures will occur in Asia. Evidently, more needs to be done to raise awareness of this disease throughout Asia. Through this publication, the IOF calls for urgent action to be taken to avoid catastrophic socio-economic costs and the unnecessary pain, suffering and death of millions of people in the future," she said.

Ms Stenmark added, "A diet rich in calcium and protein, adequate levels of vitamin D, and regular weight bearing exercise are essential to reduce the risk of osteoporosis and hip fractures later in life."

Low levels of vitamin D and calcium consumption are reported throughout the region, with average daily intake well below the World Health Organisation's general recommended level of 1,000 mg-to-1,300 mg in most countries. In Malaysia and the Philippines for example, calcium intake is alarmingly low with daily intakes of below 500 mg and 440mg respectively.

Fonterra Nutritionist Ms Joanne Todd said that Fonterra is committed to working alongside partners such as IOF to help raise awareness about osteoporosis and the simple steps people can take to maintain bone health.

"With a fast-growing, and rapidly aging population, the number of people at risk of poor bone health in Asia Pacific will continue to increase. Our bone mass peaks at about 30 years old and when we reach this age, without adequate nutrition and regular exercise, bones can start to lose bone mass which can lead to osteoporosis. Fonterra has been working alongside IOF for seven years to raise awareness about osteoporosis, and the simple lifestyle and diet steps people can take to help prevent the onset of this debilitating disease. Reports such as the one launched today help to generate a better understanding of the state of bone health across the region, and help educate people about what they need to do to maintain strong and healthy bones," Ms Todd concluded.