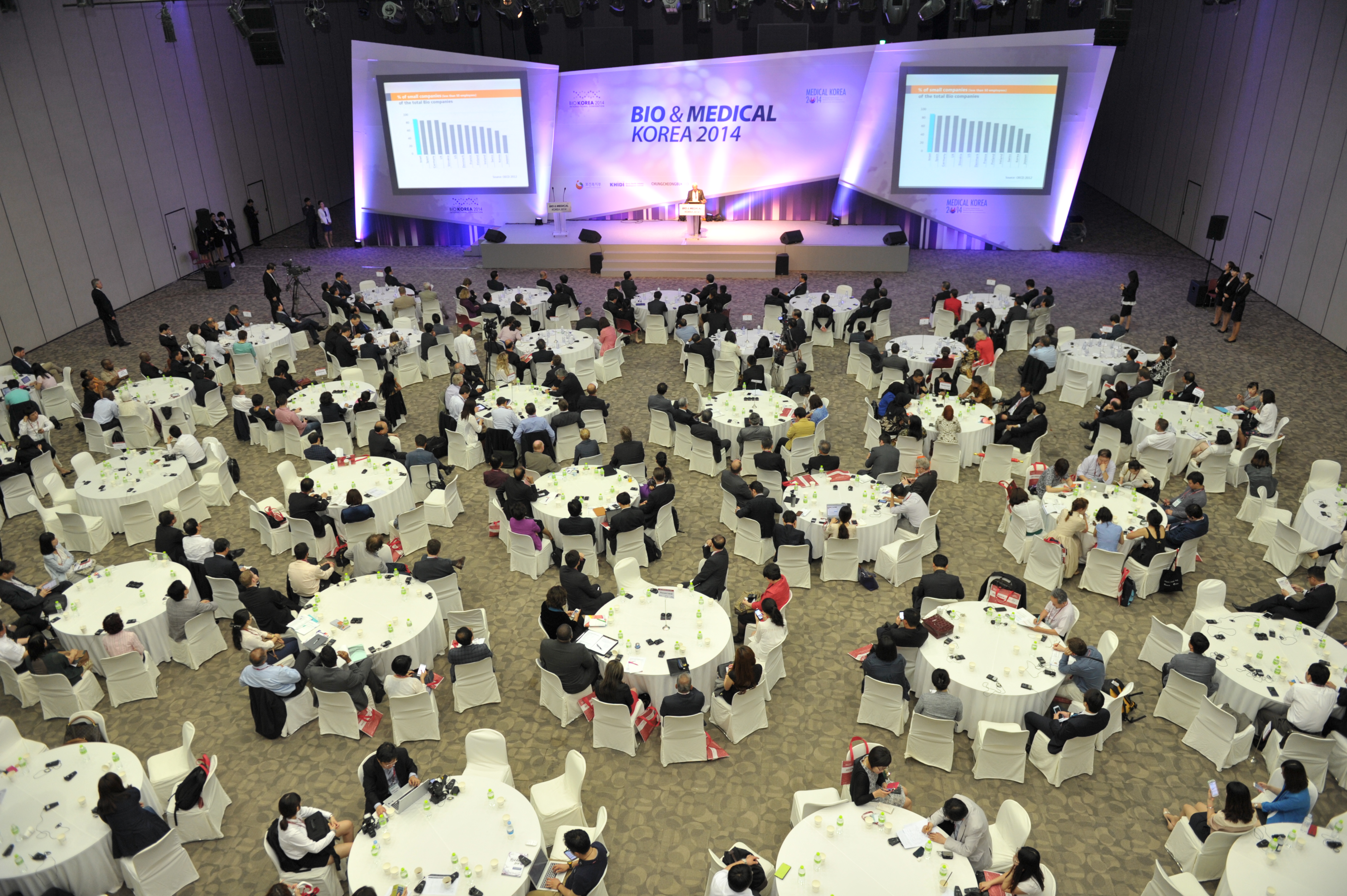 Bio and Medical Korea 2014 put together a forum where global businesses in the lifesciences space got together under one roof to talk, discuss and exchange innovations.

The exhibition drew eye balls towards the global healthcare and medical tourism boost that Korea has received over the years. About 470 companies from 40 countries participated in the event that witnessed footfalls of about 20,712 people over three days of the convention.

The highlight of the event this year was the record breaking export contract that had been established and the largest result of invest consulting in the healthcare domain. The conference was attended by worldwide experts who elaborated on the future of the health industry in the areas of vaccine, stem cells, and new drug development.

Pharmaceutical companies, biotechnology companies and research institutes argued about the development of new markets through one-on-one partnering meetings in the business forum.

Further, the event hosted a Medtech Fair that promoted domestic bio-diagnostics equipment. In addition, the possibility of medical equipment industrialization was discovered for expansion into overseas markets.

The event also showcased a unique Job Fair that was set up for the health, medical and biotechnology industry. Over 43 companies interviewed about 1,600 job seekers amongst which 124 of them received placement.

The Korean medical services platform served 11 countries, with 62 major overseas stakeholders who were participating in the conference in the Korean hospital experience events.

All in all, the function served as a great place for the foundation of growth and rise of the global healthcare industry.