Transcatheter embolization market up in APAC' 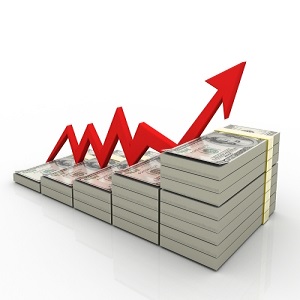 Singapore: Asia Pacific market for transcatheter embolization and occlusion (TEO) devices in countries including Australia, China, South Korea and India is a fast-growing market driven by the launch of novel products such as interventional neuroradiology (INR) flow-diverting devices and radioembolization spheres, according to market analysis firm, Decision Resources Group.

According to the analysis firm, INR flow-diverting devices in Australia are picking up and all major companies in the market have products approved for sale in the country. Australia also represented the largest market for radioembolization spheres in the region in 2013 given that Sirtex Medical, one of two companies globally that offers these products, is an Australian manufacturer. The company also has its products approved in India and South Korea and is currently investigating Chinese approval.

China and South Korea offer strong potential for competitors in the radioembolization sphere space-and in the embolization particle market due to high incidence of liver cancer in the countries, which can be treated using these products.

Sean Messenger, senior analyst, Decision Resources Group, said, "Although no INR flow-diverting devices are currently available in China, Covidien's Pipeline device is expected to be available by the end of this year. MicroPort Medical, a local Chinese competitor, will also likely get approval for its Tubridge device in the next few years. MicroPort Medical is unique in that it does not offer INR coils, unlike the other competitors in the INR flow-diverting device space. The company does, however, have experience in the neurovascular space with its Apollo and WILLIS stents."

"Sirtex Medical has traditionally had little competition in the Asia Pacific radioembolization sphere market because TheraSphere, the other main radioembolization product, was not heavily promoted in the region. However, since the TheraSphere technology was acquired from Nordion by BTG, we will likely see a growing presence of the product in the region. For example, Nordion had been investigating device approval in China for TheraSphere, and BTG's prior experience working with SciClone Pharmaceuticals for approval of its DC Bead will likely speed this process along."