Frost & Sullivan: Korea strives to be global leader for Biosimilar by 2020 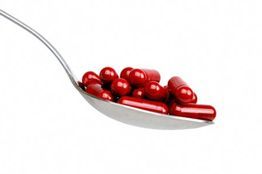 Frost & Sullivan - South Korea is estimated to earn revenues of $89.8 million in 2017 from biosimilars

â€ŽSingapore: Since South Korea introduced a regulatory pathway for manufacturing biologics in 2009, the government has raised its stakes in the biosimilars market. It is providing both financial and institutional support to help the market emerge as a global leader by 2020. The market is expected to witness substantial growth during 2013-16, when new products and segments will be launched. Frost & Sullivan estimates the market to earn revenues $89.8 million in 2017, with erythropoietin being the the biggest revenue generator.

However, biosimilars' require huge upfront investments and infrastructure, and this dissuades potential investors. More importantly, biosimilars are yet to prove their clinical efficacy as robust innovator drugs. Currently, physicians and doctors are reluctant to prescribe biosimilars because they may not be as familiar with the biosimilar developer's capabilities and expertise, as they are with the credentials of innovator drug manufacturing companies.

Further, by 2020, the market will be facing a familiar challenge of dwindling pipeline, as new and more complex originator molecules need to be identified as target markets. With many domestic companies attempting to establish a foothold, the biosimilars market will also witness changing business models. High costs associated with biosimilar development will necessitate partnerships with full-service contract research organization (CRO) providers. Aggressive merger and acquisitions encourage more pharmaceuticals to work together to expand their therapeutic products line and bolster their market prospects.

"Growth will be largely fueled fuelled by numerous patent expiries of original biologics between 2011 and 2019," noted Ms Srinivasan. "The market will also get a boost from the increasing adaptability and ability of large pharmaceutical companies to make the most of opportunities, primarily by focusing on an unique combination of R&D and manufacturing capabilities."