Challenges that Japan pharma will face in 2014 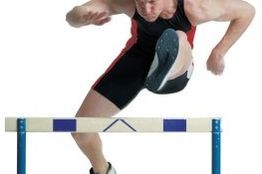 Is the Japanese pharma sector going to face substantial hurdles in 2014?

Japan, like all other developed markets, is facing the crunch of a slowing pharma industry. Furthermore, the pharma situation is about to get worse in Japan, according to Mr Fumiyoshi Sakai, director, equity research, equities, Credit Suisse Securities, Japan.

Mr Sakai, while speaking at the 7th in-Pharma Japan and 26th Interphex Japan, which were held from July 10-12, 2013, at Tokyo Big Sight, Japan, said that the inherent problem with the global pharma industry is that policymakers do not consider who is paying for the drug, while setting up its prices.

Mr Sakai said that the national health expenditure in Japan is close to $ 10.034 billion (Yen 1 trillion) and the government plans to invest another $ 501 billion (Yen 50 trillion) in order to support all healthcare costs within the next 10 years. Moreover, he said that the Japanese pharma system is designed in high economic growth.

However, Mr Sakai highlighted that, "How much is being spent doesn't matter nowadays, what matters is what are you ready to do for the future". This is particularly unnerving for Japan as it will soon have to gear up to face a rapidly ageing population.

Mr Sakai highlighted that the Japanese pharma market would face some major hindrances in the future, starting from late 2013. Japan is going to levy an additional three percent consumption tax on all its medicines. The first phase of this increase would be effective April 2014 and the second from October 2015. Also, other factors like increase in the premium on new drug pricing and slash in the long-listed product pricing will only lead to a further decline in operating profits for the Japanese pharma market.