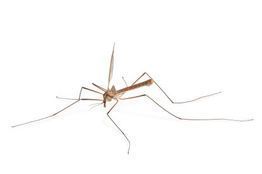 Trying to find a solution for malaria

A group of scientists working in India and the US has sequenced and annotated the genomes of four Plasmodium vivax strains collected from disparate geographic locations in West Africa, South America, and Asia, tripling the number of genome sequences available for this understudied parasite and providing the first genome-wide perspective of global variability in this species.

They also observed that half the world's population is estimated to be at risk for malaria caused by Plasmodium vivax, owing to this parasite's unique potential for lengthy remission and tolerance of cooler climates than those preferred by strictly tropical Plasmodium species. Although the Plasmodium falciparum parasite is responsible for the majority of contemporary malaria-related mortality, there is evidence that Plasmodium vivax may have been a more virulent parasite before the advent of modern medicine. The above findings were published in Nature Genetics 's online edition on August 5, 2012.

Dr Beeson is now focusing on developing a vaccine that will induce that immune response to the protein. The study was published in the Journal of Clinical Investigation and involved research from the University of Melbourne and the Kenya Medical Research Institute.

In another development, the biologists at the University of California, San Diego, have succeeded in engineering algae to produce potential candidates for a vaccine that would prevent transmission of the parasite that causes malaria. The use of algae to produce malaria proteins that elicited antibodies against Plasmodium falciparum in laboratory mice and prevented malaria transmission was published on May 16 in the online, open-access journal PLoS ONE.

The development resulted from an unusual interdisciplinary collaboration between two groups of biologists at UC San Diego - one from the Division of Biological Sciences and San Diego Center for Algae Biotechnology, which had been engineering algae to produce bio-products and biofuels, and another from the Center for Tropical Medicine and Emerging Infectious Diseases in the School of Medicine that is working to develop ways to diagnose, prevent and treat malaria, reported ScienceDaily.

Similarly progress has been achieved in R&D related to developing vaccine against malaria from scientists from developed and developing world. According to Malaria Vaccine Road Map, over 300 scientists and experts representing 100 organizations from 35 countries having been working on to address challenges that are impacting the long term goal of eradication of malaria.

According to the World Malaria Report 2011, there has been reduction in reported malaria cases of more than 50 percent between 2000 and 2010 in 43 of 99 countries with ongoing transmission, while downward trends of 25-to-50 percent were seen in 8 other countries. There were an estimated 216 million episodes of malaria in 2010, of which approximately 81 percent, or 174 million cases, were in the African Region.

There were an estimated 655 000 malaria deaths in 2010, of which 91 percent were in Africa. Approximately 86 percent of malaria deaths globally were of children under five years of age. The estimated incidence of malaria globally has reduced by 17 percent since 2000 and malaria-specific mortality rates by 26 percent. These rates of decline are lower than internationally agreed targets for 2010 (reductions of 50 percent) but nonetheless, they represent a major achievement.

Although there is a drop in the reported cases of malaria, it still represents one of the most pressing global public health problems. Every year, malaria kills more than 1.2 million people globally according to the latest estimates (Lancet, 379, 413-431, 2012). Hence scientists need many tools to defeat this disease - tools that save lives today and those with the potential to save lives in the future.

A safe, effective, and affordable malaria vaccine would close the gap left by other interventions. Progress toward developing malaria vaccines has accelerated in recent years. Increased funding and awareness and advances in science and in vaccine technologies have reinvigorated a field that had been constrained by an absence of a traditional market, few developers, and the technical complexity of developing any vaccine against a parasite. Even with this progress, the vaccine development field needs new ideas, more funding, and innovative partnerships.

Sharing his thoughts at the Malaria Forum, which was convened to discuss strides in malaria control and address challenges that are impacting the long-term goal of malaria eradication last year at Seatle Mr Bill Gates, co-chair of the Bill & Melinda Gates Foundation, said this discovery a "huge milestone" in the fight against malaria, as RTSS is the first vaccine against a parasitic disease. "First, this is proof that it is possible to create a vaccine that is effective against malaria," explained Mr Gates."Second, if further results show that the effectiveness of RTS,S does not wane over time it has the potential to protect millions of children and save thousands of lives."

Work is already underway to develop the next generation of vaccines that will provide greater and longer lasting protection and will be even more effective in stopping malaria transmission. "If we think big, bring more partners into the fold, and take smart risks, we will invent entirely new tools -powerful ways of fighting malaria that don't exist now," explained Mr. Gates. "This is the kind of innovation that will enable us to plan for the eventual eradication of malaria."

However, current funding is not enough to get a malaria vaccine across the finish line. It costs about half a billion dollars to move a vaccine from the laboratory to a safe and effective product. To achieve this goal, the international community that is embracing the long-term goal of eradicating malaria needs more donors to provide support, more scientists and vaccine developers to invest their political and intellectual capital, and national, regional, and international policymakers to lay the groundwork for malaria vaccine delivery and use.