Mindray Medical is set to penetrate the medtech market 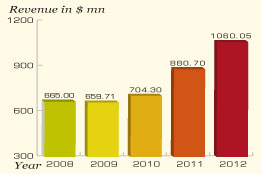 Mindray Medical created a strong name in a wide array of medical devices and consumables. It is further complementing its product line with acquisitions that took place in 2012. The company strengthened its product base by launching new products such as A7 anesthesia machine under the patient monitoring and life support category, DigiEye 380/580/780 digital under the radiography systems category, and BS-2000 biochemistry analyzer under the in-vitro diagnostic products category.

In order to suuport its above mentioned activities, Mindray Medical investedapproximately 10 percent of its net revenues on R&D efforts. Mindray Medical established R&D centers at Seattle, Nanjing, Mahwah, Beijing and Stockholm. Besides having a strong international market base, Mindray Medical continued to strengthen its Chinese base by selling its product through a nationwide network of more than 1,300 distributors in 2012.

In a bid to further deepen its market penetration, the company is on an expansion spree and is exploring opportunities to tap new markets. Mindray Medical is aiming to achieve a growth of 17 percent in its net revenue in 2013.