Various vaccines are being designed to treat auto-immune diseases or allergic disorders too. The field of vaccine research, thus, holds a bright future and will have a huge market in terms of demand 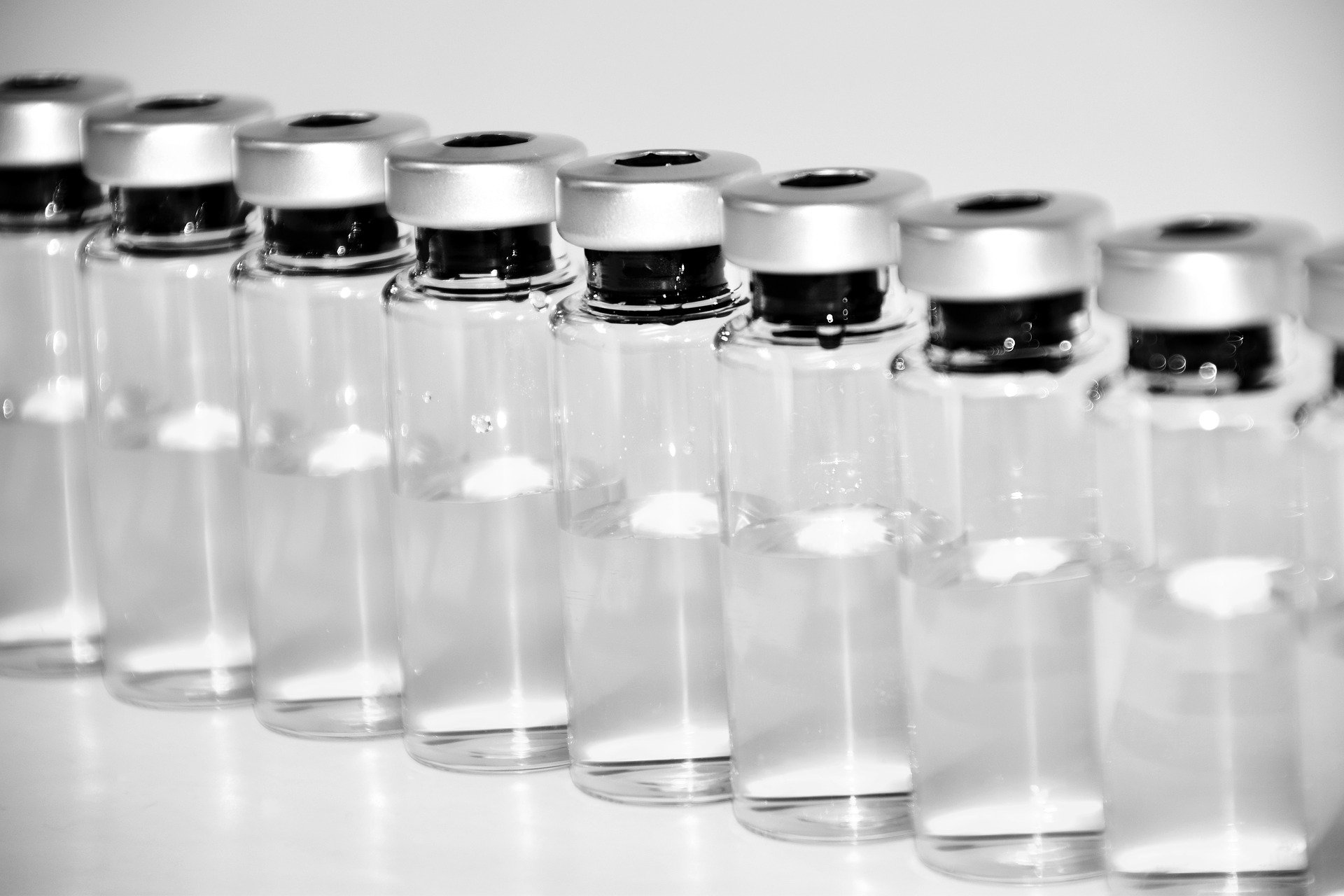 Considered a medical boon, vaccination is the most efficient way to prevent a disease outbreak. History has witnessed the eradication of diseases such as polio, smallpox etc. However, at present there is a growing distrust amongst the individuals regarding the safety of the vaccines. People who support anti-vaccine movement opine that there is a link between autism and Measles-MumpsRubella vaccine.

The anti-vaccine movement has risen in a scenario when the world is searching for ways to prevent the deadly disease outbreaks by viruses like Ebola, Zika, Influenza etc. Many pharmaceutical companies are looking at strengthening their R&D infrastructure, in order to develop vaccines for such deadly disease outbreaks. The World Health Organisation (WHO) also has launched an Initiative for Vaccine Research (IVR) with an aim to facilitate the development and introduction of safe, effective and affordable vaccines.

The Asia Pacific Region is said to dominate the vaccines market. Novel attenuated strains of measles, mumps, hepatitis A, rotavirus and intra nasally delivered pandemic H1N1 virus have been derived for products distributed principally within the region. The demand is also because there is a large proportion of adults in Asia which is disease-prone.

Many countries in the Asia-pacific region have developed the vaccines for various disease outbreaks. Although Japan is considered as the innovator of vaccines which are used internationally, countries like China, India, Australia and Vietnam are not far behind. Bharat Biotech, a vaccine manufacturer of a developing nation India, has developed a Zika vaccine candidate. The candidate Zika vaccine developed by Bharat Biotech is inactivated virus vaccine developed using an African strain of the virus. The vaccine when tested in mice, conferred 100% protection against infection caused by the contemporary Asian strains as well. The vaccine is now undergoing Phase 1 clinical trials in India. CPL Biologicals, another Indian company which launched world’s first VLP based Influenza vaccines in India has collaborated with the clinical stage biotechnology company Novavax Inc., USA. As part of this joint venture partnership, CPL Biologicals has access to Novavax’s proprietary Virus Like Particles (VLPs), recombinant nanoparticles and adjuvant technologies. CPL Biologicals is developing novel and innovative vaccines based on these technologies utilizing the Sf9/baculovirus (BV) expression platform.

“Our carefully designed genetic constructs allow us to tailor the vaccines to key components of pathogens, which we believe enhances functional immunity and leads to better protection against infection and disease. Our Sf9/BV platform efficiently expresses large antigens and particles, which in turn promote superior immunogenicity and better functional immunity. Our manufacturing platform can produce proteins that are properly folded and modified, which can be critical for functional, protective immunity. Unlike traditional vaccine manufacturing, we do not need to grow an actual virus. Our platform technology is completely recombinant, enabling us to manufacture the vaccines against highly pathogenic targets such that no infectious agents are required, there is no requirements for higher BSL facilities and, therefore, no safety threats,” Atin Tomar, President & CEO, CPL Biologicals said.

Gen-003 an investigational immunotherapy to treat genital herpes is made using this technology. GEN-003 was designed to elicit both a targeted T cell and B cell (antibody) immune response in patients with genital herpes. Genocea is currently finishing up its Phase 2 program on GEN-003, and recently had a successful end of Phase 2 meeting with the FDA. The company expects to announce the 12-month placebo-controlled clinical results from the Phase 2b trial for the expected Phase 3 endpoint in the middle of 2017. Genocea plans to have GEN-003 ready for Phase 3 by the end of 2017.

“We expect the clinical trials to take approximately two years from initiation to data and could therefore be in a position to file our BLA in the U.S. in 2020, with the potential for approval in 2021. If successfully developed and marketed, GEN-003 would be the first new therapy in more than 20 years to treat the large and unsatisfied global genital herpes patient population and the first successful therapeutic vaccine targeting a chronic infectious disease,” the company said.

The company is using the technology to drive the immune-oncology program which includes the lead immuno-oncology candidate GEN-009, a neoantigen cancer vaccine on which it plans to file an IND by the end of 2017, a pre-clinical vaccine candidate against Epstein-Barr Virus (EBV)-related cancers, a tumorassociated antigen (TAA)/common antigen vaccine, and non-invasive companion diagnostics to profile T cell responses in in responders and non- responders to checkpoint blockade therapies with the goal of improving patient selection and outcomes for clinical practice.

The company in addition to these, is also working on the development of Middle East Respiratory Syndrome (MERS) Nanoparticle vaccine. Its current marketed products include CadiFlu, an H1N1 pandemic influenza vaccine and Cadiflu-S, a seasonal influenza vaccine.

Despite this success, there is still a great need of new vaccine. Also, all vaccine candidates must be put through a lengthy, rigorous process of scientific evaluation before they can be licensed for general use. This process is time consuming- it can take up to a decade just to move a candidate vaccine through the three phases of clinical development alone. But it is also indispensable. The clinical trials in which vaccines are evaluated ensure that licensed vaccines are safe, effective and appropriate for the populations most likely to use them.

Atin Tomar said “By volume, India is largest manufacturers of vaccines in the world. However, most of these are supplied to governments and public health agencies across the world at very competitive prices. It is very challenging for the Indian vaccine industry to provide cost effective vaccines with compliance to best regulatory standards like WHO and US FDA. Developing novel, high impact vaccines is a major challenge for Indian vaccine industry to re-invent and sustain itself in the long run. CPL Biologicals is taking a major step in that direction by developing novel vaccines based on cutting edge technology.

Globally, adult vaccination is a proven way of improving the overall health and productivity of the society, however, it has not caught up in India due to lack of awareness and availability of options. Therefore, the market for adult vaccines in extremely limited in India. CPL Biologicals is partnering with relevant stakeholders and spreading awareness for adult vaccination in India with its Seasonal Influenza and Swine Flu vaccines.

Some of the major hurdles in developing the new vaccines in India include absence of firm Epidemiological data, lack of availability of the challenge animal models/challenge facility, lack of discovery of surrogate markers of protection to newer disease agents and lack of central laboratory like CDC in USA to support discovery of disease causing agents and providing seed vaccine strains.

While throwing some light on the challenges faced in developing a new vaccine candidate Sumathy K, Director, R&D, Bharat Biotech said “Developing an investigational new vaccine throws up several challenges, particularly so when the vaccine is for infectious diseases that cause epidemic outbreaks which are episodic and unpredictable in occurrence. The lack of reference reagents, reference vaccine strain, well studied animal models for vaccine testing and rationalizing doses for clinical development in the absence of knowledge on immune correlates of protection are the major challenges faced in new vaccine development. The above points have to be adequately addressed in R&D during product development before advancing it to clinical studies.”

Vaccines are capable of treating infectious and non-infectious diseases rather than just prevent them. Various vaccines are being designed to treat auto-immune diseases or allergic disorders too. The vaccines are also being designed to switch-off unwanted immune response rather than induce an immune response which is also called negative vaccination. The field of vaccine research, thus, holds a bright future and will have a huge market in terms of demand.