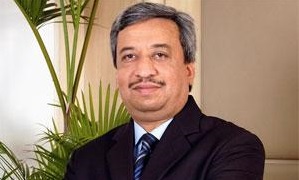 Cadila Healthcare, the Zydus Cadila group flagship, is one of the oldest players in the Indian formulations market. Announcing the results for the year ended 31 March 2015, Zydus Cadila registered a net profit of $1802.9 million (Rs1,151 crore), up by 43 percent from Rs 804 crore. During the year, the company registered gross sales of Rs 8,658 crore, up by 20 percent from `7,208 crore in the corresponding period last year, on a consolidated basis.

During the year, the group launched Exemptia, the world's first biosimilar for Adalimumab which is the largest selling therapy worldwide. This biosimilar is a part of the group's robust biologics program which has the largest number of monoclonal antibodies under development in India. Exemptia is marketed by Zydus Biovation and Zydus BioNext.

The company also announced the launch of SoviHep, a breakthrough therapy for Hepatitis C in alliance with Gilead Sciences. The drug is expected to provide relief to more than 10 million patients battling Hepatitis C in India. Advancing its discovery research program, the group has been exploring newer treatment options for LipaglynTM (Saroglitazar) and initiated Phase III trials of the molecule for patients suffering from lipodystrophy and nonalcoholic steatohepatitis (NASH). The group filed 38 ANDAs during the year with the USFDA, taking the cumulative filings to 260. It received eight ANDA approvals during the year taking the total to 99 product approvals.