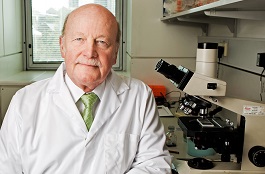 Starting the year on a positive note, CSL announced the acquisition of Novartis' influenza vaccine business, the company's first major acquisition in a decade. The acquisition gave birth to the second largest vaccine company in the global influenza industry with manufacturing plants in the US, UK, Germany, and Australia. It added a diversified product portfolio, a strong pre-pandemic and pandemic capabilities to its major centers of operation.

CSL announced that it has clinched a deal with the Victorian government to expand its Melbourne plasma manufacturing plant with an investment of $210 million. The new plant, expected to be completed by 2020, will create 190 skilled biotechnology positions and would manufacture and export albumin. Analysts estimate that the sales would be worth $600 million a year. In a bid to enhance its immunohematology portfolio, CSL announced partnership with Immucor Corporation. The deal gave CSL exclusive rights to market Immucor's leading Capture technology platform, which is an advanced antibody detection technology used in the crossmatching of blood used for transfusion.

The company partnered with New Zealand-based ALK to commercialize three ALK allergy immunotherapy products in Australia and New Zealand. In June 2014, the findings of bioCSL's multi-year investigation into the root cause of the unexpected febrile reactions associated with its 2010 Fluvax influenza vaccine were published in two separate papers in the peer-reviewed journal Vaccine.