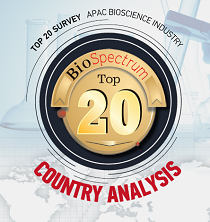 India generated the nearly one-fourth of the global revenue of the lifescience market in APAC. â€¢ A MoU was signed between Bharat Immunologicals (India) and Biologicals Corporation (Netherlands) under the 'Make in India' initiative of Government of India to develop measles-rubella vaccine.
â€¢ India to finalize its regulations on clinical trials by the end of 2015
â€¢ Modi government has also decided to suitably amend Para 5.11 and 5.12 of the National Policy on Biofuels for facilitating consumers of diesel in procuring bio-diesel directly from private bio-diesel manufacturers and their authorized. This decision will encourage the production and use of bio-diesel in the country.
â€¢ As per the latest Federation of Indian Chambers of Commerce and Industry (FICCI) report, that the Indian industry is now the third-largest contributor to reducing India's merchandise trade deficit. In pharmaceuticals, India is now the eighth largest country by value globally with one of the highest growth rates. It is strongly positioned in key overseas markets like USA. In clinical trials, India continues to be one of the top 15 destinations globally.
â€¢ In R&D and regulatory, Indian industry has accounted for 32 percent of the ANDA filings last year, second only to the US at 44 percent according to FICCI.