According to GlobalData’s ‘Pharmaceutical Intelligence Center’, the number of diagnosed prevalent cases of PsO in Australia is estimated to increase at an annual growth rate of 1.37% 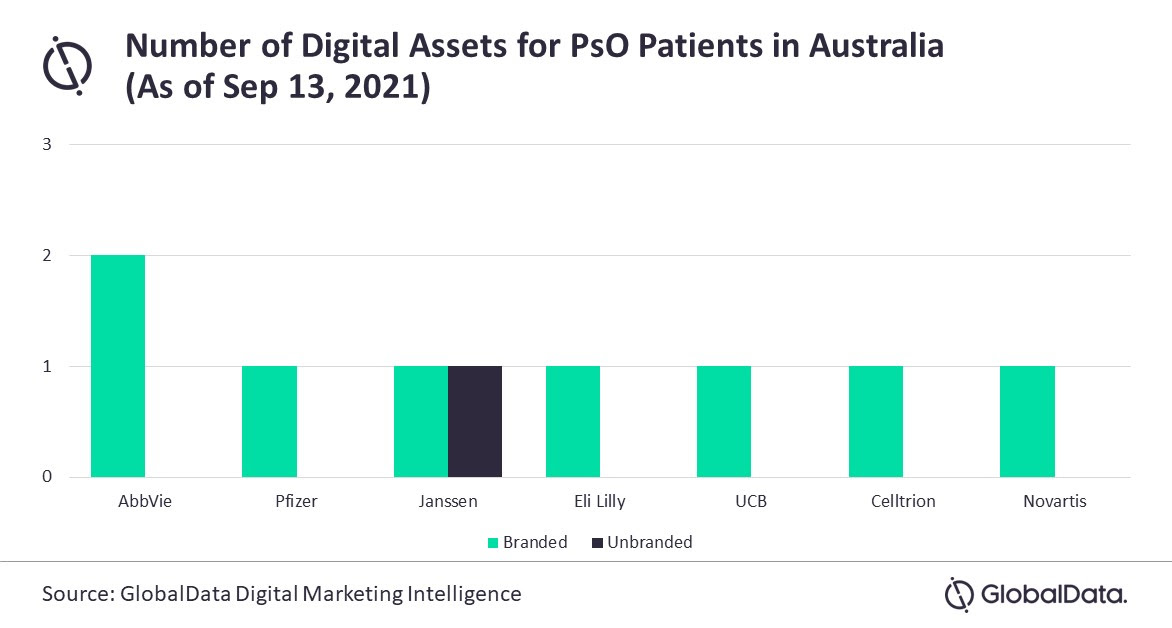 Psoriasis (PsO) therapeutics market in Australia is dominated by biologics such as anti-TNF, anti-IL-17, anti-IL-23, and anti-IL-12/anti-IL-23 therapies. Among these, stiff competition exists among AbbVie’s Skyrizi, Novartis’ Cosentyx, Eli Lilly’s Taltz and Sun Pharma’s Ilumya. Against this backdrop, the pharma giants offer strong support to PsO patients in the branded space through digital channels, says GlobalData, a leading data and analytics company.

According to GlobalData’s ‘Pharmaceutical Intelligence Center’, the number of diagnosed prevalent cases of PsO in Australia is estimated to increase at an annual growth rate of 1.37% from 521,584 in 2021 to 561,567 in 2027.

Neha Myneni, Pharma Analyst at GlobalData, comments: “Although digital support through branded websites is available for most of the therapies, presence across alternate channels such as unbranded websites is limited to Janssen, whereas mobile apps and social media are completely lacking. Cross-channel marketing could provide opportunities to effectively design digital strategies and ensure consistent disease management support to patients.”

Reportedly, Sun Pharma’s Ilumya was found to be most cost-effective, followed by Novartis’ Cosentyx and AbbVie’s Skyrizi.

Ms. Myneni concludes: “Considering the chronic nature of the disease and increasing prevalence in the near future, new initiatives from companies that are lacking presence, such as Sun Pharma, and enhanced digital support from existing players will help improve the uptake of drugs. In addition, updating the existing branded channels with messaging on product differentiation will help the originator drugs to compete with other biologics and biosimilars.”